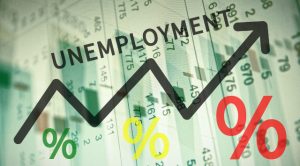 New report from the Labor Department has applications for unemployment benefits skyrocketing again, reaching levels we haven’t seen since September.

There’s no doubt the uptick in unemployment is tied directly to Democratic governors across the country opting to do a second shutdown to try and curb the spread of the coronavirus, which is picking up steam in America once again.

Figures released Thursday by the Labor Department show 885,000 Americans filed first-time jobless claims in the week ended Dec. 12, more than the 800,000 that analysts surveyed by Refinitiv were expecting. It marked the highest level since the beginning of September, when 893,000 Americans filed for aid.

The number is nearly four times the precrisis level but is well below the peak of almost 7 million that was reached when stay-at-home orders were first issued in March. Almost 70 million Americans, or about 40% of the labor force, have filed for unemployment benefits during the pandemic.

The number of people who are continuing to receive unemployment benefits fell to 5.508 million, a decline of about 273,000 from the previous week.

The real question we ought to be asking is if lockdowns are so effective, why are we having to do another one? If this isn’t working to slow the spread, why continue to try it? There must be other solutions, right?

Or is this all really about control? Does the Democratic Party want to see the nation crumble to pieces so they can rebuild it into something far more sinister? It seems like it.