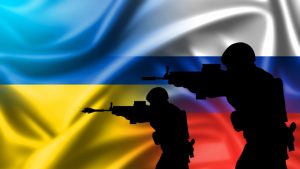 The foreign minister for Ukraine has come out on Thursday and urged other nations around the world to ban Russia from the SWIFT global interbank payments system, which is one of the toughest non-military sanctions Western nations could impose on the nation — in order to punish the country for sending troops into Ukraine.

European Union leaders will impose new sanctions on Russia, freezing its assets, halting its banks’ access to European financial markets and targeting “Kremlin interests” over its invasion of Ukraine, senior officials said Thursday, but cutting Russia off from SWIFT is unlikely to happen at this stage.

Meanwhile, the foreign ministers of the Baltic states, once ruled from Moscow but now members of NATO and the European Union, also called for an end to Russia’s access to the SWIFT payment system and to provide Ukraine with weapons and ammunition.

The international community should “impose the strongest possible sanctions on Russia, including disengaging Russia from SWIFT,” the three foreign ministers said in a joint statement.

If SWIFT were to exclude Russian banks, it would restrict the country’s access to financial markets across the world.

Russian companies, along with individual citizens, would have a much more difficult time being able to pay for imports and receive funds for exports, along with borrowing or investing overseas.

This would force Russian banks to use other channels for payments like phones, messaging apps, or even email messages.

Using such a strategy would enable Russian banks to make payments through banks in countries which have not imposed sanctions.

These alternatives are likely to be less secure and not as efficient, which could result in transaction volumes declining and costs rising.