UC Berkeley: Pepper Spray Approved for Use Against Free Speech Protesters! What’s next? 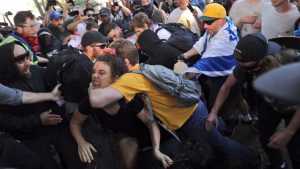 Antifa needs to be identified for what it really is: They are domestic terrorists on a mission to destroy free speech.

Conservative Ben Shapiro is scheduled to speak tonight on the campus of UC Berkeley. Milo Yiannopoulos visited campus in February, the resulting protests caused $100,000 in damage.  The New York Times reports: This time around, the activist group Refuse Fascism, which has hailed the left-wing extremist antifa movement as “courageous,” has taken the lead in condemning Mr. Shapiro’s speech, calling him a “fascist” on campus fliers and declaring in a Facebook post that his goal was to “spread ugly fascist views dressed up in slick-talking ‘intellectual’ garb.” 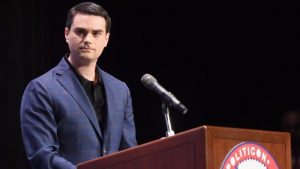 The expected protests are actually causing some professors to cancel class and counseling services have been set up by the university in case some students should feel emotional stress from Mr. Shapiro’s speech and presence on campus.

“If you’re a college student and a slacker, then attending the University of California, Berkeley is the right college for you when Daily Wire Editor-in-Chief Ben Shapiro comes to town.

At least one class has been canceled as a result of the expected protests on Thursday, when Shapiro is speaking. One UC Berkeley professor, deciding that the prospect of violence would endanger the students in the class the professor gave, issued this e-mail:

Dear all —
I’ve heard from some of your classmates that they do not feel safe coming to a militarized campus on Thursday. Given the reality of what’s going on, I don’t feel like it’s ethical to hold class when some are not in a position to attend.
So we will not hold a regular class on Thursday. However, Kel and I will be in our usual classroom on Thursday 3:10-4:30 holding voluntary office hours. If you cannot be on campus on Thursday, email me and I guarantee I will find a time for us to meet early the following week. Kel is similarly available, you should email them for specifics.
Sorry we’ve had to do this, but in the context of the current attack on campus, I don’t feel like we have a choice.

As has been widely reported, Berkeley police are using stringent tactics as they prepare for violence that may occur on Thursday, from creating a perimeter around Zellerbach Hall, where Shapiro is speaking, to shutting down six buildings on campus, including the César E. Chávez Student Center, Alumni House, MLK Jr. Student Union, Sproul Hall and Eshleman Hall, in order to cordon off the area, to obtaining permission from the city of Berkeley to use pepper spray if necessary to confront violent protesters.

So there you have it folks…police have permission to use pepper spray against protesters.  Prepare for news of violence.  And it’s all because of FREE SPEECH!

“We’ve never seen a situation like this. It’s very unique. It’s a very different political dynamic where free speech … at Berkeley has become the occasion for the right and left to confront each other,” Christ said Wednesday. “I believe very strongly in Ben Shapiro’s right to speak on campus. I don’t agree with Ben Shapiro, in fact I profoundly disagree with him. But I believe he was legitimately invited by a student group and that he has the right to speak. It’s a really troubling situation.”

The troubling situation will no doubt make headlines tomorrow!