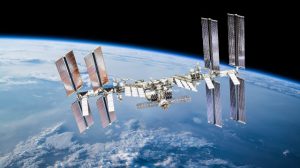 The United States was none too happy with Russia, taking them to the woodshed after they conducted an anti-satellite missile test, which ended up sending debris flying everywhere and forced astronauts to take refuge in their spacecraft.

“Russia has demonstrated a deliberate disregard for the security, safety, stability, and long-term sustainability of the space domain for all nations,” U.S. Army Gen. James Dickinson, U.S. Space Command commander, went on to say in a statement put out addressing the situation.

“Russia tested a direct-ascent anti-satellite (DA-ASAT) missile on Nov. 15, 2021, Moscow Standard Time, that struck a Russian satellite [COSMOS 1408] and created a debris field in low-Earth orbit. The test so far has generated more than 1,500 pieces of trackable orbital debris and will likely generate hundreds of thousands of pieces of smaller orbital debris,” the statement continued.

“The debris created by Russia’s DA-ASAT will continue to pose a threat to activities in outer space for years to come, putting satellites and space missions at risk, as well as forcing more collision avoidance maneuvers. Space activities underpin our way of life and this kind of behavior is simply irresponsible,” Dickinson added.

“Russia is developing and deploying capabilities to actively deny access to and use of space by the United States and its allies and partners,” the general added. “Russia’s tests of direct-ascent anti-satellite weapons clearly demonstrate that Russia continues to pursue counterspace weapon systems that undermine strategic stability and pose a threat to all nations.”

NASA also expressed its displeasure with the unannounced test.

“Like Secretary [of State Antony] Blinken, I’m outraged by this irresponsible and destabilizing action. With its long and storied history in human spaceflight, it is unthinkable that Russia would endanger not only the American and international partner astronauts on the ISS, but also their own cosmonauts. Their actions are reckless and dangerous, threatening as well the Chinese space station and the taikonauts on board,” NASA Administrator Bill Nelson also said in a statement of his own.

“All nations have a responsibility to prevent the purposeful creation of space debris from ASATs and to foster a safe, sustainable space environment,” Nelson added. “NASA will continue monitoring the debris in the coming days and beyond to ensure the safety of our crew in orbit.”

The test prompted astronauts aboard the ISS — four Americans, one German and two Russians  — to seek shelter in their docked capsules because of the debris, the Daily Mail reported.

“The crew was awakened and directed to close the hatches to radial modules on the station, including Columbus, Kibo, the Permanent Multipurpose Module, Bigelow Expandable Activity Module, and Quest Joint Airlock. Hatches between the U.S. and Russian segments remain open,” a statement published by NASA said.

“An additional precautionary measure of sheltering the crew was executed for two passes through or near the vicinity of the debris cloud. The crew members made their way into their spacecraft shortly before 2 a.m. EST and remained there until about 4 a.m. The space station is passing through or near the cloud every 90 minutes, but the need to shelter for only the second and third passes of the event was based on a risk assessment made by the debris office and ballistics specialists at NASA’s Johnson Space Center in Houston,” the statement went on to say.

If I’d have been up there on the ISS when that happened, I’d probably need a change of pants. Probably sharing a bit too much, but hey, it’s true.