TX Rep. Matt Schaefer Fires Back At Gun Grabbers Demanding He “Do Something” 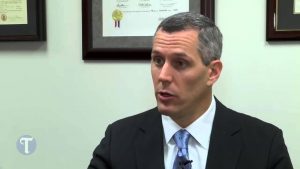 Another mass shooting has happened, this time in Odessa, Texas.

It’s a tragedy. It should not have happened, but it did.

Why did it happen? Was it because guns are too readily accessible, especially in states like Texas? Was it because the shooter wasn’t vetted thoroughly enough and some spot on his record was overlooked? Was it because any signage indicating a “gun-free zone” wasn’t displayed prominently enough?

No. A thousand times no.

This shooting, like every other shooting before and after it, happened because evil, wicked people walk this earth every single day. If a man, woman, or child has it in their heart to harm another human being, they will do it whether with a gun, a knife, a baseball bat, a hammer, a car, or their bare knuckles.

Take a look at the UK’s hilariously pitiful epidemic of knife crime, for pete’s sake. These folks banned most firearms ownership, then they’re shocked that knife violence subsequently skyrocketed. If they completely detach from reality and decide to ban knives (or rusty spoons), I’m sure an explosion of hammer crime or heavy metal flashlight crime will soon follow.

The fact of the matter is that, shy of the restraining hand of God, nothing can prevent evil like this from happening.

But, of course, the greater culture in America that has forgotten or even hates the idea that God is at work in the world he made will instead look to the government as their shield and their savior. They will beg for their own rights to be revoked, to say nothing of the rights of their neighbors, all for the placebo effect.

While even our own president seems eager to head down the slippery slope of “red flag laws,” a stalwart few elected officials like Texas Rep. Matt Schaefer are standing firm against opportunistic, gun-grabbing tyrants.

“‘Do something!’ is the statement we keep hearing,” Schaefer began in an incredible Twitter thread in the wake of the Odessa shooting. “As an elected official with a vote in Austin, let me tell you what I am NOT going to do.”

“Do something!” is the statement we keep hearing. As an elected official with a vote in Austin, let me tell you what I am NOT going to do. 1/6

I am NOT going to use the evil acts of a handful of people to diminish the God-given rights of my fellow Texans. Period. None of these so-called gun-control solutions will work to stop a person with evil intent. 2/6

If y’all don’t think prayer changes things, you might be in the wrong place, and I mean that in more ways than one.

YES to your God-given, constitutionally protected rights. YES to God, and NO to more government intrusions. 6/6

The shooting, as well as Schaefer’s comments, follow Texas’ brand new gun laws that increase firearm ownership rights. According to CNN, the new laws will:

Considering the fact that you’re exponentially more likely to be shot to death in a gun-free zone such as a church or a school, these new laws, alongside attitudes of representatives like Schaefer, should go a long way in making Texans a hell of a lot safer.