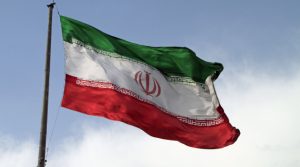 Two top officials within the Iranian government recently made statements that indicate they might have issued a threat against the life of the President of the United States due to his having ordered the killing of one of their top generals, Qassem Soleimani.

Soleimani has killed many people, including a lot of American soldiers, as the commander of the Islamic Revolutionary Guard Corps Qods Force, which was designated as a terrorist organization just last year.

Video footage of remarks made by Ebrahim Raisi, the head of Iran’s judiciary, and IRGC General Esmail Qaani, commander of the Qods Force, were recently posted online. The footage was then translated by the Middle East Media Research Institute.

Raisi specifically suggested that Iranian “hard revenge” included targeting “the U.S. president,” saying that those involved “will [not] be safe anywhere on the globe.”

“The (Americans) should wait for the hard revenge,” Raisi said on January 1. “The beloved resistance forces will determine the place and the time. The Islamic nation knows at what point in time and where this revenge will be exacted. The enemy should know that its life will be very difficult from now on. The resistance movement will make the enemy’s life much more difficult, in revenge for the blood of the martyr Soleimani. One of the aspects of the hard revenge will be driving the Americans out of the region.”

“Punishing those who gave the order and those who committed the crime is another aspect of this hard revenge,” Raisi continued. “I am addressing the enemy. Let no one think that if someone holds the position of the U.S. President, yet he commits or orders a murder, he will be immune to the enforcement of law and justice and will remain on the sidelines. Never! Those who played a role in this assassination, in this crime, none of them will be safe anywhere on the globe. This is final. The steel willpower of the resistance movement will exact hard revenge from them.”

Head of Iranian Judiciary Ebrahim Raisi: The Culprits Behind the Assassination of Soleimani Will Not Be Safe Anywhere on the Globe, Even the President of the U.S. Is Not Immune to Iranian Justice pic.twitter.com/0MsLCaa48S

Qaani gave similar remarks, even going so far as to say they might use assassins to carry out these sinister deeds, noting that some attacks may occur “even inside your own house.”

“Those who committed this crime should know: They have done something that will (bring rise) to a man, somewhere in the world, who will repay those non-men in kind,” the commander said. “By perpetrating this crime, you have created work for all the free people in the world. Rest assured that even inside your own house, people may by found that will repay you in kind for your crime.”

Qods Force Commander IRGC General Esmail Qaani Warns Those Who “Committed the Crime” of Assassinating Soleimani: Even in Your Own Home, Someone May “Repay You In Kind” pic.twitter.com/gMMvwABL6a

Folks, these are officials of a foreign government making a threat on our commander-in-chief. That’s dangerously close to causing an armed conflict to ensue.

We need to ensure that President Trump and his family are kept safe from degenerates like the individuals of the oppressive regime in Iran.

Along with safety precautions, our country needs to make it clear that we will not tolerate any such comments being made about our president. What that looks like? I’m not sure.