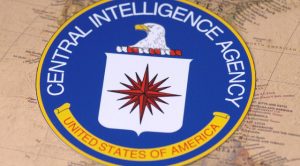 A pair of Democratic senators have blown the lid off a secret program they claim the CIA is running that has been collecting data on Americans.

Democratic Sens. Ron Wyden from Oregon and Martin Heinrich of New Mexico sent out a letter to intelligence officials asking for more information concerning the undisclosed data repository. The letter, which was sent during April of 2021, was declassified Thursday, though portions of it were blacked out.

Both senators are part of the Senate Intelligence Committee.

In the letter, Wyden and Heinrich requested the declassification of a report by the Privacy and Civil Liberties Oversight Board [PCLOB] on a CIA bulk collection program.

A statement released on Thursday by the two Senators said: “The letter, which was declassified and made public today reveals that “the CIA has secretly conducted its own bulk program,” authorized under Executive Order 12333, rather than the laws passed by Congress.

“The letter notes that the program was ‘entirely outside the statutory framework that Congress and the public believe govern this collection, and without any of the judicial, congressional or even executive branch oversight that comes from [Foreign Intelligence Surveillance Act] collection,” the statement read.

“What these documents demonstrate is that many of the same concerns that Americans have about their privacy and civil liberties also apply to how the CIA collects and handles information under executive order and outside the FISA law. In particular, these documents reveal serious problems associated with warrantless backdoor searches of Americans, the same issue that has generated bipartisan concern in the FISA context,” Wyden and Heinrich went on to say in the statement.

In the letter addressed to Avril Haines, director of National Intelligence, and William Burns, CIA director, the senators noted: “During your confirmation processes, you expressed a commitment to greater transparency and an appreciation of how secret interpretation of law undermine democratic oversight and pose risks to the long-term credibility of the Intelligence Community. The secret nature of the CIA’s activities described in the PCLOB report raise these very concerns.”

Kristi Scott, the privacy and civil liberties officer for the CIA, put out a statement which read, “CIA recognizes and takes very seriously our obligation to respect the privacy and civil liberties of U.S. persons in the conduct of our vital national security mission. CIA is committed to transparency consistent with our obligation to protect intelligence sources and methods.”

Back in 2015, the National Security Agency made the announcement that it was going to be ending its bulk phone surveillance program and replacing it with what they claimed were more tightly targeted surveillance methods.

This came 2 1/2 years after the program was exposed by former NSA contractor Edward Snowden.