Twitter Purges Junk Accounts and Obama Gets a Big Surprise 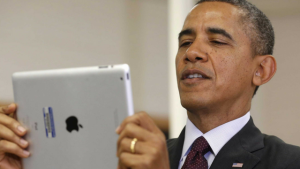 Well, that’s a bit of a surprise!

Former President Barak Obama (gosh, I love saying that), who is the third-most followed person on Twitter behind Katy Perry and Justin Bieber, got a pretty big hit this week when Twitter purged millions of accounts in a massive crackdown.

Twitter was purging inactive and locked accounts in their continuing efforts to “to build trust and encourage healthy conversation on Twitter,” according to The Hill.

Over the years, we’ve locked accounts when we detected sudden changes in account behavior. In these situations, we reach out to the owners of the accounts and unless they validate the account and reset their passwords, we keep them locked with no ability to log in. This week, we’ll be removing these locked accounts from follower counts across profiles globally. As a result, the number of followers displayed on many profiles may go down. …

If we detect sudden changes in account behavior, we may lock the account and contact the owner to confirm they still have control of it. These sudden changes in account behavior could include Tweeting a large volume of unsolicited replies or mentions, Tweeting misleading links, or if a large number of accounts block the account after mentioning them. We sometimes lock an account if we see email and password combinations from other services posted online and believe that information could put the security of an account at risk — so we require accounts to change of their passwords for protection. Until we confirm that everything is ok with the account, we lock it, which makes them unable to Tweet or see ads.

In most cases, these accounts were created by real people but we cannot confirm that the original person who opened the account still has control and access to it.

In other words, the former President most likely had a whole lot of bots following him!

Can’t say I’m that shocked. I wonder if any of them were…Russian bots?