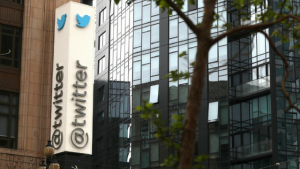 This probably isn’t exactly what they were going for.

Social media giants Facebook, Twitter, and YouTube have had a pretty tricky PR situation on their hands over the last few years. They’re really determined to censor and curate the way information is shared across the whole globe, but they don’t really want us to know they’re doing it.

So they just end up somewhere in the middle of complete global dominance and half-heartedly bowing to social pressure, and no one is really happy.

In a recent attempt to downplay the fact that they’ve been shadowbanning conservatives, Twitter execs tried to flat-out deny that this was happening…by admitting it’s definitely happening.

Here’s their statement, as reported by The Daily Wire:

The best definition we found is this: deliberately making someone’s content undiscoverable to everyone except the person who posted it, unbeknownst to the original poster.

We do not shadow ban. You are always able to see the tweets from accounts you follow (although you may have to do more work to find them, like go directly to their profile). And we certainly don’t shadow ban based on political viewpoints or ideology.

After all, having to go directly to someone’s page to see their content is a classic aspect of this practice of shadowbanning. They’re not outright kicking users off their networks, they’re just making it really, really difficult to see their content. YouTube has done this as well by making sure new videos from user’s subscriber list rarely show up in their feed, or burying certain “dangerous” videos so deep, you can only visit them by navigating directly to the video’s URL.

Ben Shapiro explains that these kind of practices are damaging an already weak public trust in social media:

Trust in social media has plummeted like a rock over the past three years. With the Left complaining that conservatives have taken advantage of social media, along with the Russians and fake news outlets, social media have responded with a restrictive crackdown that has broadly harmed conservative people and outlets; this has prompted cries of bias from the Right. Meanwhile, social media have undergone a severe round of bad press following supposed revelations that information has been used for marketing purposes.

Twitter didn’t do itself any favors with this response. The company’s lack of transparency has damned it in the eyes of many users, and that’s likely to get worse before it gets better.