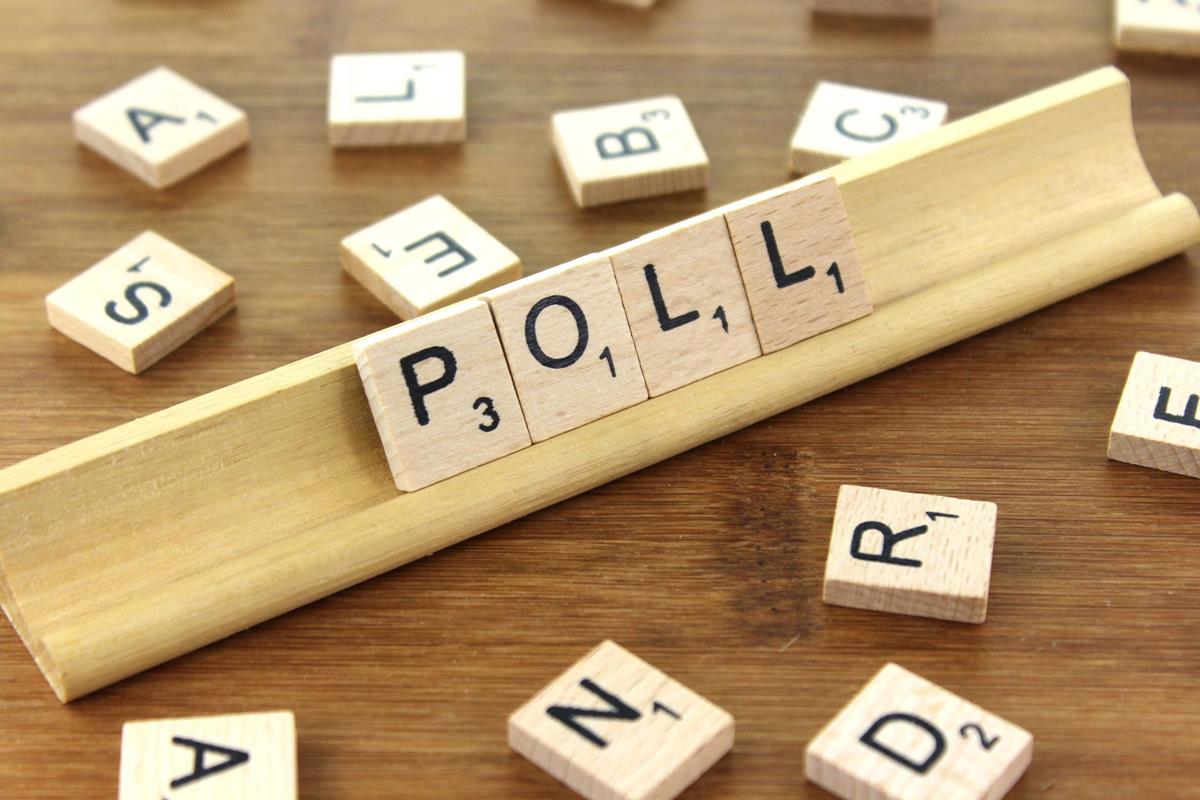 A strange thing happened on Twitter today. President Trump retweeted a post from @ProgressPolls, and the internet exploded. Okay, absolutely nothing about that scenario is strange, but it’s fun to watch. The fact that the President shared the post tells even the most unaware and least intelligent tweeter out there (Those are scary parameters!) that it supports either him or his agenda, and everyone knows the left gets bent out of shape every time the President draws a breath. This morning’s tweet, however, went too far. Everyone (on the left) knew it was coming.

Six days ago, on Barrack Obama’s birthday, @ProgressPolls posted the question, “Who is a better President of the United States?” Respondents could choose either President Trump or Mr. Obama. 61% of the respondents failed to pick Mr. Obama. Oh, the outrage!

Not surprisingly, Yahoo!’s homepage featured a story about the President’s inappropriate tweet published by The Daily Beast. The writers, Ben Collins and Brian Patrick Byrne, wasted no time pretending to be objective, giving their article the title, “Trump’s Favorite Twitter Pollster Is a Renamed Pizzagate Conspiracy Peddler”. They then set about explaining why 18,300 of the 30,000 votes cast were just plain wrong.

The story opens with the @PollProgress’s history. The account changed hands recently, and that means everything about it is suspect. Even worse, the previous administrators “liked” tweets associated with InfoWars and Proud Boys. Things could have turned around when new management took over in July, but the account still harbors posts that don’t promote the left’s agenda. Clearly, the people running it are just witless tools of the Alt-Right.

Speaking with The Daily Beast, one of the new managers said, “We have a team of mixed political beliefs, so we follow a little bit of everyone to get a diverse feed.” The attempt to claim leftist sympathies was pure deception, however. Since July, @ProgressPolls has liked tweets from rightwing nut jobs Roger Stone (@RogerJStoneJr) and Cassandra Fairbanks (@CassandraRules). Such interactions represent a grave concern since only information from sources that have sworn fealty to The Agenda can be deemed true and accurate.

The rest of the article decries the poll’s less than scientific methodology. The pool of respondents wasn’t vetted. No controls were in place. Everyone who responded could, presumably, read and operate a computer. The poll wasn’t conducted by telephone during the time most people are at work. The list of errors is long and damning.

Of course, following strict, scientific guidelines insures a more accurate sampling of public opinion. Proven protocols, combined with highly trained pollsters and carefully formulated questions will almost always give a true indication of how the public views whatever issue is in question. It’s science, stupid! 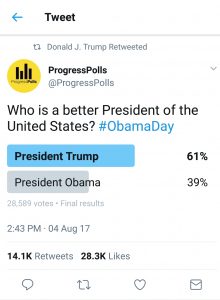 Actually, the previous paragraph is true. If Collin and Byrne had compared the @PollProgress sampling to a true scientific polling model, the article would have been something more than a hissy fit over people having different views. That would have been hard to do, though, after the last election cycle.

Hillary Clinton started her 2016 Presidential campaign before the hangovers from the 2013 inauguration balls had worn off. Nobody, especially Clinton, doubted that she would be crowned – inaugurated – exactly four years later, so it was no surprise the former First Lady and Secretary of State never lost the lead she had when the first poll results were released. Anyone who doubted that destiny had tapped Mrs. Clinton on the shoulder only had to look at the scientific samplings of the American voter’s preferences.

Then-candidate Trump was ridiculed for questioning the accuracy of those findings. His accusations, the Clinton campaign said, showed a failing candidate desperately lashing out, hoping to avoid complete humiliation. CNN, among others, ran stories “debunking” the rigged polling scenario, putting the matter to rest.

Then Wikileaks dumped a selection of John Podesta’s emails. They contained detailed instructions on how to rig polls. It was all pooh-poohed, of course. Nothing to see here. The results were obviously accurate; that made questions about methodology moot and possibly seditious.

Despite the overwhelming evidence, mainstream media outlets ran with the numbers, using them to breathlessly ponder the inevitable ascendance America’s first female Commander-in-Chief. Except, it turned out, Mr. Trump was right; the polls were off. They were off a lot. The Clinton campaign and their allies in the media (Accounts of the meetings between “journalists” and Clinton campaign workers are readily available. Look them up before you start screaming, “Debunked!” and drooling all over yourself.) used those polls – unsuccessfully – to sway voter opinions.

@PollProgress doesn’t claim to be scientific, and, though not usually the case, President Trump didn’t add any bombastic or self-aggrandizing commentary to the post. He just shared information the left found offensive. It seems elections aren’t nearly as much fun when you don’t like the consequences.