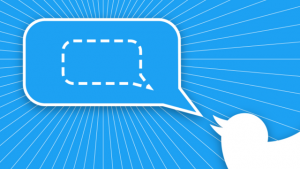 Amid allegations of shadow banning anyone who their far-left execs disagree with ideologically, or who are hated opponents to the SJW Twitter mob, they’re trying to have their cake and eat it too.

Their strategy to do this is to say they’re working really hard at some sort of generally-good-sounding plan to, you know, not be too mean to conservatives, while simultaneously doing more to silence conservatives.

So when they brought in some academics to work with them on how to not be biased, it wasn’t much of a surprise that unearthed tweets from said academics reveal a deep anti-conservative bias.

Twitter announced Monday it would bring in a group of academics to combat bias on the platform, but many of them are openly anti-Trump and anti-conservative.

In this potential conflict of interest, the academics’ previous tweets have resurfaced, calling for “vigilance” against Trump policies, referring to Trump supporters as boot-lickers, accusing Trump of having small hands and saying reasonable Americans would flee the country if Trump won the election, Fox News reported.

These statements contrast sharply with Twitter’s mission of “serving the public conversation and working to increase the collective health, openness, and civility of the dialogue on our service,” as outlined in its Monday post, “Measuring healthy conversation.”

“We want everyone’s experience on Twitter to be free of abuse, harassment and other types of behaviors that can detract or distort from the public conversation,” she added.

Here are some of the tweets from these biased anti-bias “scholars”:

Trump looks cruelty in the face and demands more of it. Time's cover captures that well. https://t.co/E3VJWudELd. The executive order is not a solution. Constant vigilance is still needed.

Trump's proposed budget includes cutting Corporation for Public Broadcasting — the best source for news out there. Of course. #smallhands

These petty, overly-dramatic, and plainly partisan views give little hope these scholars can do anything other than help Twitter double-down on their anti-conservative bias.