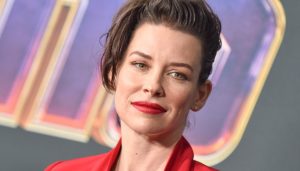 Marvel star Evangeline Lilly has caused quite the firestorm this week on social media after she publicly denounced COVID-19 vaccine mandates.

This isn’t the first time Lilly has stirred the pot. The “Ant-Man” star expressed some very unpopular opinions about social distancing back in 2020, but has reignited controversy by attending the “Defeat the Mandates” rally in Washington, D.C., over the weekend. She even shared a few photographs from the event on her Instagram account.

The caption to one photo read, “I believe nobody should ever be forced to inject their body with anything, against their will… under any threat whatsoever. This is not the way.”

The Canadian actress went on to say, “This is not safe. This is not healthy. This is not love. I understand the world is in fear, but I don’t believe that answering fear with force will fix our problems.”

It didn’t take long after the photos were published for backlash against the actress to kick off. Many users on Twitter have already been calling for the Marvel actress to be fired and removed from future projects.

“Recast. Immediate,” one person tweeted. “They shoulda recast Letitia Wright. They should recast Evangeline Lilly. Ain’t nothing THAT special about em. There are much more talented (and sane) actors out there who can take up their spot & make the set a safe space.”

Another said: “Evangeline Lilly is in Marvel films and apparently she would rather be stuck in a production of Steel Magnolias at the Waco Playhouse with Kristy Swanson and Gina Carano.”

Evangeline Lilly is in Marvel films and apparently she would rather be stuck in a production of Steel Magnolias at the Waco Playhouse with Kristy Swanson and Gina Carano.

“F*** Evangeline Lilly. @MarvelStudios won’t even have to recast her,” another user agreed. “They already have THE Wasp, Michelle Pfeiffer. We need no tolerance for this foolishness anymore.”

F**k Evangeline Lilly. @MarvelStudios won't even have to recast her. They already have THE Wasp, Michelle Pfeiffer. We need no tolerance for this foolishness anymore. https://t.co/wBOKnlJqZV

The actress also had a lot of support on Twitter too, including from Daily Wire host Candace Owens.

“Evangeline Lily will be on the wrong side of the Left, which means on the right side of history,” Owens stated in a Twitter post.

Evangeline Lily will be on the wrong side of the Left, which means on the right side of history.

As of right now, Lilly has not responded to any of the criticism. Marvel also has yet to release any sort of comment or statement about the incident.

Back in 2020, Lilly put up a post on Instagram that dealt with the topic of “freedom” during the pandemic.

After getting hammered by fellow Hollywood celebrities and fans, Lilly issued an apology.

“I never meant to hurt you,” the “Ant-Man” star went on to write in a lengthy Instagram post. “When I wrote that post 10 days ago, I thought I was infusing calm into the hysteria. I can see now that I was projecting my own fears into an already fearful and traumatic situation. I am grieved by the ongoing loss of life, and the impossible decisions medical workers around the world must make as they treat those affected.”

The apology seemed like enough at the time to get folks off of her back.

The question now is whether or not she’ll back down again, or stick to her principles?