Trump’s Letter to Kim Jong Un Cancelling Summit Meeting Is AMAZING–You’ve Got to Read This! 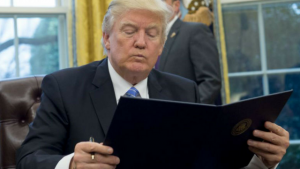 You know, all those Trump haters out there are missing the beautiful hilarity that is the Trump presidency. In his tweets and public statements, he constantly gives us comedy gold, from making fun of Elizabeth Warren’s fake Indian heritage to trolling CNN with memes.

Say what you will about the Trump presidency, it is a BLAST.

And his letter to Kim Jong Un of North Korea canceling their much-anticipated Singapore summit is no exception.

“You may think Trump delegated the letter-writing to someone with a degree in English,” she continues.

“No. Trump wrote this letter all by himself. Clearly. Dare I say it, it’s pure Trumpy. Trumptastic. It’s Yugely Trump all the way. For that, it’s utterly delightful.”

And it certainly is. Here’s the letter, with full transcript below: 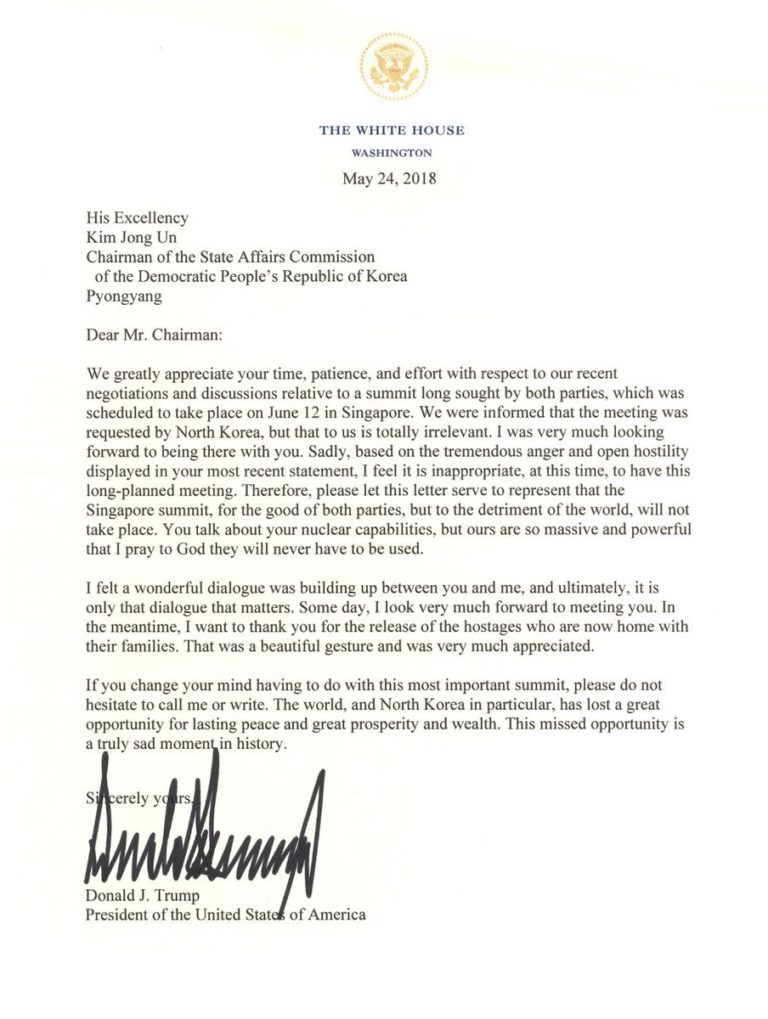 We greatly appreciate your time, patience, and effort with respect to our recent negotiations and discussions relative to a summit long sought by both parties, which was scheduled to take place on June 12 in Singapore. We were informed that the meeting was requested by North Korea, but that to us is totally irrelevant. I was very much looking forward to being there with you. Sadly, based on the tremendous anger and open hostility displayed in your most recent statement, I feel it is inappropriate, at this time, to have this long-planned meeting. Therefore, please let this letter serve to represent that the Singapore summit, for the good of both parties, but to the detriment of the world, will not take place. You talk about your nuclear capabilities, but ours are so massive and powerful that I pray to God they will never have to be used.

I felt a wonderful dialogue was building up between you and me, and ultimately, it is only that dialogue that matters. Someday, I look very much forward to meeting you. In the meantime, I want to thank you for the release of the hostages who are now home with their families. That was a beautiful gesture and was very much appreciated.

If you change your mind having to do with this most important summit, please do not hesitate to call me or write. The world, and North Korea in particular, has lost a great opportunity for lasting peace and great prosperity and wealth. This missed opportunity is truly a sad moment in history.

“In summary,” Kirchoff says, “Trump told Kim Jong that he, Rocket Man, was making a mistake by being such a little pudgy bog troll. While simultaneously asserting America could nuke his crappy country off Planet Earth.”

Pretty much! Now that’s how to do foreign policy. Obama administration, take note!