Trump’s Family Is Moving Out Of New York For Good, Cuomo And DeBlasio React Like Children. 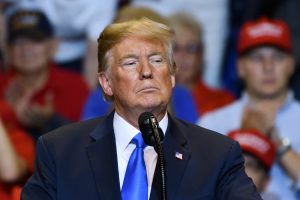 I love New York. It’s truly a beautiful state, packed with natural resources, farmland, good people, amazing food, and an Excelsior attitude that drives us to be the best at what we do.

Including taxing the living daylights out of everything and banning whatever is left.

For as far back as my short memory goes, New York has always been a blue state, but it’s home to a good many card-carrying Republicans, conservatives, libertarians, and assorted non-leftists. In fact, I’ve only ever had permanent residences in New York and Virginia, and not once did I ever see a Gadsden flag or Confederate flag flown in the Old Dominion—yet they’re everywhere in my little rural pocket of upstate New York.

Still, folks like us are on borrowed time living in New York. We have a few stalwart conservative legislators and other elected officials, but we’d be fools to ignore the fact that the state is largely subject to single-party rule. Once the Democrat juggernauts throw their weight behind a platform or a piece of legislation, resistance becomes futile. Personal liberty is suffocating in the state, and those residents who are willing and able to leave the state are doing so in droves—including President Trump.

According to an announcement on Twitter, the Don and his family are pulling up their stakes and headed on down to that old familiar haven for Empire State expats: Florida.

Oh, don’t mind me, I’m just jealous as all get-out.

I may not see eye to eye with our president on everything, but he’s smart to jump ship. New York’s budget is unbalanced to the point of hilarity, and Governor Andrew Cuomo’s answer is—you guessed it—more taxes, not spending cuts.

New York City and its suburbs, home to 40% of the state’s population, are a perfect microcosm of the state’s fiscal failures and the resultant exodus, with 277 people evacuating every single day, more than any other metro in the country. 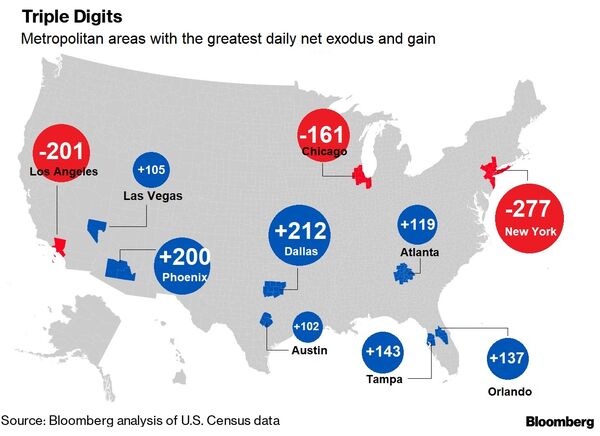 With all that in mind, how do you suppose the leaders of the state and city would react to the president’s announcement? If you guessed “like a couple of sarcastic, pouting teenagers,” you’d be right.

Ladies and gentlemen, my governor:

Those are some mighty high words coming from a dude whose state is losing more people each year to emigration than any other in the Union. And, of course, the dude doesn’t (and probably can’t) offer a scrap of evidence to support his claim that the Don has never paid taxes in the state, unless he’s referring to the long-since stale Trump tax records that came and went like a fart in the wind.

And, praise God he’s not my mayor, here’s what NYC Mayor Bill DeBlasio had to say:

Don’t let the door hit you on the way out or whatever. https://t.co/bLu88AzKVf

Is he trying to use relaxed terms like “or whatever” to appeal to millennials like me or has Trump Derangement Syndrome made the dude really that aloof about losing yet another millionaire resident?

While I think there are a few too many “Florida Men” and alligators running around for my liking, I will say that an exodus is starting to sound pretty good right about now.