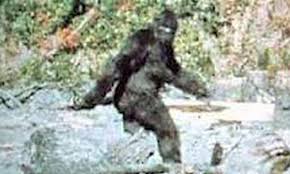 If you voted for Donald Trump then you don’t exist. You can’t. You must be explained away. There’s no possible way that actual citizens of the United States cast enough votes in the last presidential election to force the electoral college to put such a madman in the White House. It must be explained another way. Americans who would waste their vote in good conscience to elect the man who will most certainly bring about the demise of our once great country surely cannot exist.

Our honest and trustworthy media and those discerning liberals that voted for the sensible candidate – Hillary Clinton – are convinced that it was illegal Russian influence that caused this Trump atrocity. In their estimation anyone that voted for the egotistical racist and misogynistic real estate mogul from Queens is simply deplorable and should be classified as savages. They are nazis, fascists, xenophobes, regressives, warmongers, backwards, and just plain odd. There’s no explaining them and therefore they are classified as somewhere mentally below a prehistoric ape. I mean…Hillary won the popular vote right? What else can explain her loss? No “real” person voted for Trump. They aren’t human.

In fact, if you don’t live among the New York or Los Angeles elite who think the world drops off at the edge of Manhattan or Pasadena then your opinion doesn’t really matter anyway. Oh there are a few other liberally salvageable American cities that earn a worthy honorable mention such as Seattle, Portland, or Austin, and the like, but the rest of the country simply represents those barbaric lands that we must inconveniently fly over when traveling from one liberal utopia to another.  The people that inhabit those dark and foreboding lands don’t think like the open minded progressives that have evolved to express the reality of a tolerant 21st century Land of Oz. Therefore their existence must be denied. Through the application of labeling, classifying, and name calling the brutes have been shown to be unworthy of receiving the status of “human being.” How dare they attempt to pull back the curtain, exposing the great and powerful Oz. They must be taken down and cast out. Do the world a favor…”Punch a Nazi!” They aren’t human anyway.

Celebrities have also joined the rhetoric. They too have taken up the cause with cries of resistance against the non-human Trump beasts. They aren’t sure who exactly buys the tickets to their movies or shows but it certainly can’t be those right wing redneck cretins. They don’t have money! They don’t have status! They probably don’t even have jobs! Who employs a mentally stunted primate anyway? Therefore celebs believe they can attack without any fear of repercussion. They can make artistic jokes with the president’s severed head, call for his assassination, threaten to blow up the White House, mockingly kill him onstage, and make fun of anyone that possibly voted for him on late night talk shows. It’s open season on the non-human deplorables and the harvest is ripe.

Leftists would like to believe that the average Trump voter is nothing more than a stunted mental dwarf that somehow broke down on the path to enlightenment. Their university indoctrination sessions somehow failed to elevate their intellect to that of open, acceptable, and tolerant thought. Skipping class, or college altogether, can lead to serious problems. Unless the mind is programmed correctly with liberal paradigms there will be nothing to which the subsequent, ongoing reinforcement of progressive thought from sources like the mainstream media can adhere.

And THAT is truly dangerous! The lack of liberal mental programming mixed with an inability to absorb continued “libucation” mind conditioning leads to atrocious ideas and beliefs in the conservative non-humans. The left’s thinking goes something like this:

Conservatives really believe that the inconvenient blastula in a woman’s uterus is actually a legitimate human being. Laughable! If they had attended class like all of the other moderns they would know that the correct name for the unborn, unwanted protoplasmic blob is “fetus” or “embryo.” It only becomes a “baby” when it’s actually wanted by the carrier/mother. In their undeveloped minds the fetus must be regarded as precious and valuable no matter the mother’s opinion. Ridiculous! Oh and they’re also racists.

It gets worse! These right-wing savages believe in all sorts of backward fairy tales. They embrace capitalism and free market economies over socialism, wealth redistribution, and welfare states.  This further proves their inhumanity. A real “person” would never be so greedy as to believe they can earn as much money as they want through labor, trade, industry, and entrepreneurial endeavors and then actually believe they should be able to keep it! Such a racist way of thinking.

Here is where it gets truly icky and disgusting. They don’t believe in open borders. That’s right! You read correctly.  They believe there should be a process to entering America and then living here with with the rights of a citizen. Can you believe that? They don’t think foreigners that sneak into America “illegally” (their term) should receive welfare or government funding to live on. They even believe that when you live in America you should be forced to live according to the American Constitution. They actually want muslims that embrace their sacred Sharia law to forsake their honored traditions of subjugating women, beheading infidels, and stoning homosexuals and abide by the U.S. Bill of Rights. Conservatives are so narrow minded and as mentioned above…racist.

If the conservatives had their way they would limit the federal government and stop its intrusive activities in our daily lives. These people think they can govern themselves, their homes, and their communities without the help of a federal program. Lunacy! But seriously, what do you expect from these non-human racists?

You’ll constantly hear their cries about their God and their guns proving further that their narrow, hateful, and violent agendas must be stopped at all costs.

The list and the logic goes on and on.

Nevertheless, the king of the non-human iirredeemable deplorables Donald Trump is the President of the United States…at least for now. They may not know how he cheated, lied, stole, and colluded to get to the Oval Office but they suspect that the truth is out there waiting to be uncovered. In reality it may be easier to recover a Hillary Clinton email or find the secret ingredient in John Podesta’s pasta sauce.  In the meantime, for the left, the fight must continue. The resistance to Trump’s undeserved reign shall continue and grow as the left takes to the streets and reveals its “tolerant” hate for the Sasquatchian swine on the right. So be warned oh ye mythological voter for Trump…if you really exist.