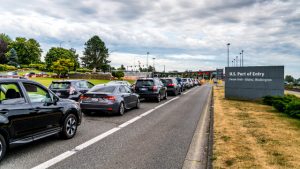 President Trump, in a bid to keep the number of cases of COVID-19 in our country on the decline — as well as to give liberals fits, which are delightfully entertaining to watch — the administration has decided to keep both the northern borders and southern borders closed until June 22.

This comes as part of a recommendation of action from the Centers of Disease Control and Prevention and the Department of Homeland Security. Both organizations stated that the restrictions have been extended due to the belief that all nonessential folks traveling in and out of the country — think tourists — pose a direct threat to public health and safety.

Closure of land ports of entry along these borders was originally shut down in late March. The orders were supposed to expire this week, but that’s now changed.

“Our efforts over the last several months to limit nonessential travel have been successful, and now is not the time to change course,” acting DHS Secretary Chad Wolf said in a statement. “The president has made it clear that we must continue to keep legitimate, commercial trade flowing while limiting those seeking to enter our country for nonessential purposes. Nonessential travel will not be permitted until this administration is convinced that doing so is safe and secure.

So what do Mexico and Canada think of this measure? According to Wolf, his counterparts in both countries fully agree with taking this precaution and support the travel ban.

Execeptions for the travel ban include individuals who might be traveling for medical purposes, permanent residents or citizens returning to the country, students traveling for school, people who work in the farming industry, emergency medical personnel, members of the military, and any commercial employees who are involved in cross-border trade.