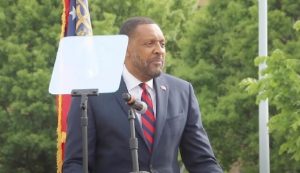 Georgia Republican state Rep. Vernon Jones, an avid Trump supporter, said he wants to see his state do an Arizona-style audit of the 2020 election results so they can determine if there were any errors or voter fraud committed during the presidential election last November.

Jones is a 2022 primary challenger to current Gov. Brian Kemp, stating that if he wins the seat, he’ll make the audit happen.

In Arizona, the state’s GOP-led Senate is having an outside group conduct the audit in the state’s populous Maricopa County.

“Georgians still have questions about irregularities found in the 2020 election, and they deserve answers,” Jones said Wednesday, according to CNN. “If Mr. Kemp refuses to demand an audit, then I will when I am elected to replace him.”

We should all be taking any possibility of voter fraud seriously, especially in key battleground states.

Yes, it’s true that going back over the results won’t change anything now, but it will expose any underhanded behavior that might have been at play so laws can be altered in order to prevent such a thing from happening again.

And if there is no fraud and the errors were all technological in nature, then we know never to use those machines and the Dominion company who manufactured them, again.