Trump Says North Korea Summit May Still Happen After All 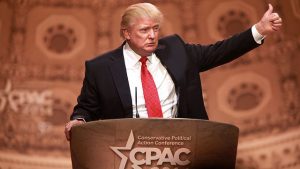 President Trump’s critics wasted no time jumping on him for pulling out of the North Korea summit on Thursday, despite the fact many of them criticized him for meeting with dictator Kim Jong Un in the first place.

However, the reason he pulled out is because the leadership of the country disrespected our nation by threatening to nuke us and by insulting Vice President Mike Pence.

Clearly, the reason for cancelling the event was to send a message that the United States will not, under any circumstances, tolerate being so badly disrespected. Basically, Kim Jong Un got out of line and Trump took him to the woodshed to correct his attitude. Again.

Well, now the president is stating that the summit could still happen.

Trump nixed the summit, which was slated for June 12 in Singapore, following threats from North Korea. But hours after the U.S. pulled out of the meeting, North Korea issued a statement suggesting the regime was open to talks.

“Very good news to receive the warm and productive statement from North Korea. We will soon see where it will lead, hopefully to long and enduring prosperity and peace. Only time (and talent) will tell!” Trump tweeted on Friday morning.

He also told reporters that “we’re talking to them now,” adding, “It could even be the 12th.”

The North Korean government released a statement expressing their willingness and eagerness to still meet face-to-face with the president.

“We express our willingness to sit down face-to-face with the U.S. and resolve issues anytime and in any format,” North Korean Vice Foreign Minister Kim Kye-gwan said, according to Yonhap News outlet, which cited the Korean Central News Agency (KCNA.)

Of course, folks in the Democratic Party are none too thrilled with the idea of negotiations continuing with North Korea, because, well, they just love to oppose anything the president attempts to accomplish.

Regardless, it’s good to hear the president is handling the situation well and that things might still work out for a meeting with North Korea.