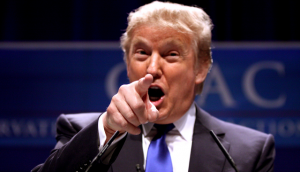 President Donald Trump said on Wednesday that the first presidential debate should be moved up due to the fact that it’s scheduled just 35 days before the election, stating that early mail-in voting in many states around the country will mean that those Americans will have cast votes before having seen a face-to-face debate between the two candidates.

He’s got a good point here. The first debate should be held much sooner in order to give people time to think and consider who they are going to vote for. This is a major election and shouldn’t be done willy-nilly.

The key swing state of Michigan, for example, allows residents to submit ballots 45 days before the election. Virginians can also vote in-person at their local registrar’s office at that time, and in Minnesota, another swing state, early voting begins Sept. 18.

Trump also addressed the number of debates, of which there are others scheduled on Oct. 15 and 22. “I wouldn’t mind more,” Trump said, but added, “What’s more important to me is the first debate be moved up so that when people are putting in their first ballot they’re gonna know.”

Hilariously, Democrats across the board have been urging Joe Biden, the Democratic presumptive nominee, to bail out on any such debate with the president. What that says to me is that they know that Biden is not mentally up to the task of taking Trump on in a live debate setting and that him being involved in such an event is taking a risk of exposing his severely deteriorating mental state.

Folks, the left is scared. If Biden debates Trump, it will be obvious to all Americans that the former vice president is not fit to be in office and they will lose in November. Pressure must be put on Biden to show up and debate the president. Even if he’s not suffering from dementia, people deserve to know his position on important issues and what he really thinks, which is usually what comes to the surface during a debate.

Here’s to hoping this happens.