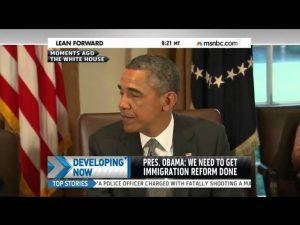 A Pen and a Phone.

The famous words spoken by the 44th President of The United States of America, Barack Hussein Obama.

“The pen is mightier than the sword.”, or in this case the Federal Government.

Remember when the devoted minions of the left praised their great leader for using his “Pen and Phone” to circumvent the “do nothing” Congress?

President Obama was praised. The main stream media couldn’t get enough of telling you and I that he was a great leader and that he picked up the baton for the helpless, the less fortunate, the sick. He was a cult icon. It was magical, almost orgasmic as Rush Limbaugh would say. The left loved the fact that their precious Messiah took it to the big bad Republican party.

They’re not in love with it anymore, now that it’s on the other foot.

President Donald Trump yesterday signed an executive order which halted payments to insurance companies under The Affordable Care Act. That’s cute by the way, since it’s anything but Affordable. The left is now not in love with the pen.

Trump is a meanie. He’s going to take away health care to those who need it and of course the old tried and true line of the democrat party, “People are going to die”.

As I was reading through the Fox News article which you can find here.

I was struck by how hypocritical the left truly is. They worship and celebrate the fact that their guy (Barack Hussein O) can use his mighty pen to thwart the evil Republican party, but when their opposition uses an executive order to undo their handy work, it’s criminal.

I for one am tired of the political back and forth that happens between these parties. Why are presidents signing executive orders to get things done? Where is the Congress in all of this?

On a break!! You read that right.

We pay these folks $174,000 a year. If you’re in a position of power, like the speaker, that goes up to $223,000. Let’s not forget all of the perks and the healthcare that they receive that is not The Affordable Care Act.

I say all of that to get to this. The Affordable Care Act, I can’t help but snicker when I type that, Is nothing more than a redistribution of wealth. Young people are paying for older, sick people who more times than not probably can pay for their own healthcare. The government felt the need to jump into healthcare not to help you be healthier but for their wallets to be fatter. Why else would they take over 1/6 of the government?

Remember when they told you that you could keep your doctor?

That you could keep your plan?

That you would save $2500 a year on your healthcare?

I do. They don’t want you to. Because if you remember that, their argument becomes void. Then again isn’t that the perfect word for the Democrat party?

They are void of ideas.

They are void of leadership.

They are void of direction. 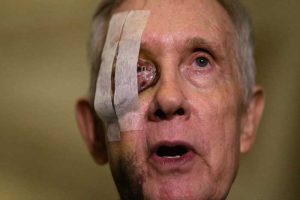