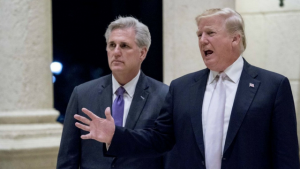 It’s nothing new that Twitter has been using highly deceptive and downright unethical practices to boost the content of people they agree with ideologically and bury the content of those they do not.

What is new is Washington starting to take it seriously.

While a select few members of Congress have been speaking to concerned groups about tech giants Google (owner of YouTube), Facebook, and Twitter’s questionable practices, many conservatives balance a desire to uphold free speech and a desire to protect the liberties of private business to discriminate as they please and so far, very little has been done to address this rather significant issue.

But The National Sentinel explains that in many cases, we already know what they’re doing is illegal.

“While conservatives aren’t particularly keen about regulations, it’s become clear that in cases where the social media companies are taking advertising dollars from conservative and indy publishers and then censoring or shadow-banning them to boot, that’s an anti-trust issue and is already against the law,” they explain.

Well, the tides may be turning for the tech giants, and quickly:

“Now, as Facebook’s stock tanked about 20 percent ($110 billion) on Thursday and Twitter’s stock is getting hammered today, POTUS Donald Trump and a leading Republican have weighed into this fight — and it’s about time,” they add.

“Twitter ‘SHADOW BANNING’ prominent Republicans. Not good. We will look into this discriminatory and illegal practice at once! Many complaints,” the President wrote (on Twitter, of course) on Thursday.

Social media is being rigged to censor conservatives. It’s time to rise up and demand accountability from Big Tech. WE WILL NOT BE SILENCED. #StopTheBias https://t.co/DEPZGsbJT0

The Western Journal explains that:

There has been coverage for more than a year of Twitter hiding conservatives’ tweets and accounts by Breitbart, which reports that left-leaning outlets have also looked into the issue.

Trump’s tweet was in response to Republican politicians who have complained about Twitter, including GOP Reps. Matt Gaetz of Florida, Mark Meadows of North Carolina and Jim Jordan of Ohio, according to New York Post.

As National Sentinel concludes, this call is overdue–but welcomed!

We’re glad to see POTUS and the GOP taking this issue seriously.