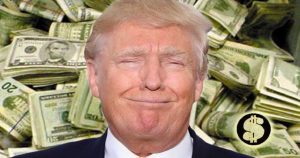 I’ve got a feeling that over the next several years Americans are going to feel more and more growth in their pocket books. Check back with me in 2019. But as Charlie Spiering reports, New polls show that Americans give President Donald Trump high ratings on the economy, despite new numbers showing his presidential approval ratings are lower.