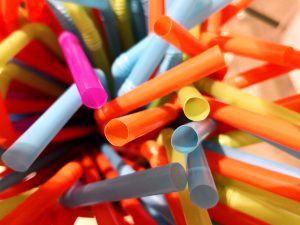 Never one to back down from owning his hordes of leftist detractors (because this far into his first term, we’ve learned that Trump Derangement Syndrome prevents one from being able to have rational conversations), President Donald Trump’s campaign is offering a brilliant, hilarious, and timely piece of merch: Yup, that’s exactly what it looks like—a Donald Trump straw. In spite of overwhelming evidence that they are useless at best and harmful at worst, bans on single-use plastics (especially drinking straws) are all the rage in leftist circles today.

These folks already blame plastic straws for raining down hellfire on the planet—a plastic straw with Literally Hitler’s name on it is going to give them a hernia.

The official Trump campaign’s merchandise website attracts supporters with the simple fact that “Liberal paper straws don’t work,” and describes the straws as:

For those with shorter memories, the “science” behind the war on plastic comes largely from a hilariously slanted and unscientific study conducted by 9-year-old Milo Cress several years ago. In his experiment, Cress called several straw manufacturers inquiring how many straws were made and used each year. From those phone call estimates alone, he figured that Americans use 500 million plastic straws every day.

Of course, there are only 330 million people in the U.S., and I’m not so sure each and every single one of us uses 1.51 straws every day, but that’s just one of those pesky little facts we don’t need to worry about.