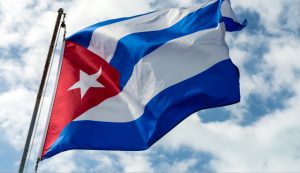 The Trump administration is planning on putting the country of Cuba back on the list of state sponsors of terrorism on Monday, according to information from two senior State Department officials.

This reverses a decision that was made during Obama’s time in the White House and will make it much more difficult for President-elect Joe Biden to revive diplomatic ties with Havana.

Secretary of State Michael Pompeo is expected to indicate he’s designating Cuba because the country continues to harbor American fugitives including Joanne Chesimard, convicted of killing a New Jersey state trooper in 1973, and refuses a Colombian extradition request for National Liberation Army members linked to a 2019 bombing that killed 22.

Cuba joins only Syria, Iran and North Korea — nations more widely condemned for fomenting terrorism — on the U.S. list. Cuba had originally been put on the list in 1982 but was removed by President Barack Obama in 2015 as he sought to improve economic and diplomatic relations with the Caribbean nation.

Biden has indicated he wants to revive the Obama-era policy of easing economic and travel restrictions in hopes that closer ties and more capitalism will pave the way for democratic change in Cuba. That strategy could include reducing restrictions on travel, investment and remittances for the island nation that are perceived to disproportionately hurt Americans and ordinary Cubans.

Under President Donald Trump, the U.S. labeled Cuba part of a “Troika of Tyranny” with Nicaragua and Venezuela. His moves were popular with Cuban-Americans in Florida, a state Trump won in his re-election bid with the help of Cuban-American refugees, Venezuelan-Americans and other anti-Communist Latino voters.

Trump’s administration had actually been considering this particular move for months now. The two senior State Department officials, who asked to remain anonymous, said that politics was not the motivation for this decision.

The officials went on to explain that if this was the administration playing politics they would have started working to get Cuba put back on the list before the November election.

You can bet old Crazy Uncle Joe isn’t going to be too happy about this little move. Sure, it might take him a couple of weeks to even remember what any of this is about, but once he puts it altogether, he’ll be mad.