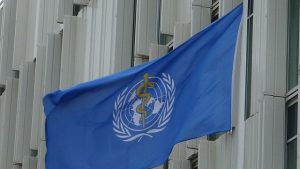 When President Trump made the promise to stand up boldly for the sanctity of life, there were a lot of folks who doubted he would keep his word.

Well, it seems a lot of those folks might just be sitting down to enjoy a large helping of crow right about now, as the president is most definitely, it seems, keeping his promise.

First, it was announced that the Trump administration had found a way to defund Planned Parenthood, causing them to lose millions in funding. The White House is moving forward with those plans, but it seems it’s not ending there.

The administration recently delivered a strong message to the World Health Organization stating that abortion is not “family planning.”

According to LifeNews, the Trump administration “stood up for pro-life values on an international level by telling the World Health Assembly today that abortion is not a method of family planning.” That is a significant departure from the Obama administration, which pushed abortion at every level internationally.

In a statement to the World Health Assembly in Geneva, the U.S. delegation issued a strong pro-life statement while simultaneously criticizing efforts to make abortion great again internationally.

“We remind our fellow delegates,” the statement said, “that the International Conference on Population and Development forged international consensus that abortion should in no case be promoted as a method of family planning.”

The U.S. statement added: “The United States remains a stalwart defender and donor to maternal and children’s health, life, and wellbeing. And we will never waiver on that support.”

The above statement was crafted by Ambassador Kevin Moley, the Assistant Secretary of State, who wanted to make sure that the Trump administration’s pro-life views were well represented.

The gist of the statement is that abortion, the murder of the unborn, is not in any way, shape, or form a “human right,” a stance which is in clear contradiction to the view held by the Obama administration when he was in office.

It is beyond refreshing to see someone in leadership standing up boldly for the most vulnerable citizens we have in this country. The unborn have all the same rights as any other human being, but they cannot voice their opinions or make choices for themselves, so it’s up to us to be their voice and protect them the best we can.

Trump is making some good headway on that front, so let’s pray for his work to continue.