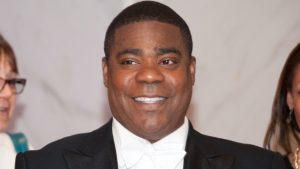 Comedian Tracy Morgan proves he’s one of the few individuals within the entertainment industry who has a fully functioning brain by coming out and defending President Trump’s handling of the coronavirus outbreak, saying people need to set aside differences and unite to help one another during this crisis.

Morgan conducted an interview with the “Today” show on Wednesday morning where he said, “The struggle is real. People want to criticize the president, but imagine being a president of a country and have your country got sick. So, it’s difficult for him. We’ve all got to pull together as people, now. Now is not the time for blame and all these other things and anger. It’s here now. We just got to be together. We’ve got to all stay safe. Nobody wants to transmit it, nobody wants to attract it, nobody wants to get it. So, let’s just stay safe and do the protocol that we have to do.”

Democrats have seized on Trump’s handling of the coronavirus for political purposes, slamming him for not doing more to stop it from spreading to America and for an alleged lack of leadership on his part during the crisis.

Morgan is right on the money. Right now, Americans need to set aside their political differences and join together to give each other the help and hope we need to pull through this difficult time. Things are very unstable right now and the last thing this country needs is more division.

Here’s to hoping people heed what Morgan had to say.