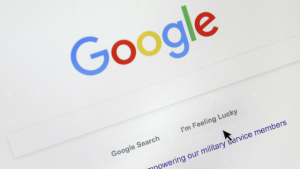 I feel like all of fake news can be summed up by Jim Acosta’s refute to the President’s requesting a question from a “real network” rather than “fake news CNN” back in July:

“We are a real network, sir,” Acosta feebly attempted, over John Roberts from Fox, whose question the President had agreed to take.

No joke: the top news story on Google this week was a CNN article entitled “Trump slams Google search as ‘rigged’ — but it’s not.”

The Daily Wire reports on how Google tried to demonstrate they were totally not biased with clearly biased results for news stories as a result:

In the midst of the Tuesday fury over allegations that Google News uses a biased algorithm that results in far fewer links to conservative news sites, the top story on Google News was a CNN article defending Google News.

You can’t make this stuff up, people.

When readers went into Google, clicked “news,” then clicked “top stories” in the U.S., the No. 1 link was a CNN article headlined “Trump slams Google search as ‘rigged’ — but it’s not.”

The piece lays out what President Trump has said about reports of Google bias, then provides a platform for the search engine to deny, deny, deny.

“Search is not used to set a political agenda and we don’t bias our results toward any political ideology,” a Google spokesperson told CNN. “We continually work to improve Google Search and we never rank search results to manipulate political sentiment.”

The hilarity came after PJ Media conducted an informal study on Monday and found that liberal news outlets appear in Google News search results far more frequently than conservative outlets, which are often completely missing. When searching “Trump,” for instance, CNN had “nearly twice as many results returned as the second-place finisher, the Washington Post.”

I mean, I was just going on the basis of every Google search I’ve literally every done to conclude that their algorithm favored left-leaning sites but since they went ahead and said “nuh-uh, no we’re not”, to be backed up by fake news CNN who said “no, really guys, they’re totally not,” that’s good enough for me.

Glad we settled that.