To The Left, Mollie Tibbetts is Just “Some Girl in Iowa” 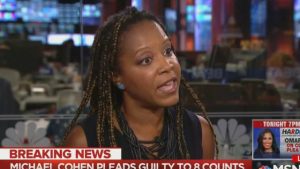 Amazing how quickly liberals reject someone’s death when it cannot be politicized in their favor.

You think that in the face of a murdered 20-year-old college girl, the whole nation could at least agree that what was wrong about her murder was that its wrong to murder someone, particularly in cold blood.

But so far, Elizabeth Warren has said we need to focus on the “real issues” like family separation at the border (which ended well over a month ago) and an MSNBC commentator has dismissed Tibbetts as “some girl in Iowa.”

Considering how much political rhetoric we’ve been subject to whenever a person of color is shot and killed by police, regardless of the facts that lead to their death, it’s certainly fair to say that Republicans are “politicizing” Tibbetts’ murder at the hands of an illegal alien to bolster the push for closed borders, even if you agree it’s quite worthwhile to do so.

But can liberals truly not even take a moment to say how tragic it was that this young woman, at the start of her life, was abducted and murdered in such an awful way?

Is her death really worth brushing off simply because you don’t like the narrative?

Apparently, if you are the type of person to appear on MSNBC.

Newsbusters reports that Fordham University Christina Greer lamented the fact that the media is even covering Tibbett’s death and her murderer’s immigration status, wishing instead they’d be more hysterical about Paul Mannafort and Michael Cohen.

In other words, boo-freakin-hoo, the flamboyantly biased left-wing media isn’t making enough of a deal over the story they’ve been waiting for for months because some white girl in flyover was murdered.

“I’m sure we’ll hear what he has to say about this at his — his rally, but Fox News is talking about, you know, a girl in Iowa and not this, right?” she said. “And, tomorrow morning, we know he’ll wake up in tweak and sort of, you know, besmirch the reputation of Michael Cohen and all the people around him and then go back to Mueller. And this has, obviously, been boiled down to Hillary Clinton and Barack Obama.”

Fortunately for Greer, she was complaining on the right network. Newsbusters adds that “Based on a NewsBusters analysis of MSNBC’s programming since first reports of Tibbetts’s body arrived around 9:00 a.m. Eastern, Greer’s four-second mention of Tibbetts was the network’s only allusion on Tuesday to the now-deceased Iowa student.”

The media and the left (but I repeat myself) are acting like a bunch of spoiled whiny brats who can’t stand that the news favored the other side’s narrative for once.