Three NFL Coaches, Teams, Smacked With Over $1M In Fines For Not Wearing Face Masks 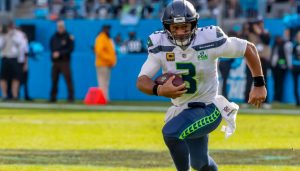 Three NFL teams have now been fined more than $1 million for not following the guidelines to wear face masks during football games, which just goes to show you how far and wide the mask hysteria has now gone in this country.

The Denver Broncos, the Seattle Seahawks, and the San Francisco 49ers all received $250,000 fines each. The coaches of the teams were also fined $100,000.

Folks, this is just getting ridiculous now.

“The $1,050,000 in punishments comes a week after the league sent a memo to teams reinforcing its requirement that coaches wear coverings over their mouths and noses at all times on the sidelines during games, threatening discipline for those who don’t comply,” ESPN reported.

“We must remain vigilant and disciplined in following the processes and protocols put in place by not only the league, union and clubs, but also by state and local governments,” Vincent said in the memo. “Failure to adhere to this requirement will result in accountability measures being imposed against offending individuals and/or clubs … Becoming careless or ignoring face covering and physical distancing requirements will put the 2020 season at risk,” Vincent said.

More fines could be on the way. In Monday night’s game, coaches Jon Gruden of the Las Vegas Raiders and Sean Payton of the New Orleans Saints had masks on, but Gruden wore his like a chin strap and Payton wore his gaiter like a turtleneck.

There’s still quite a bit of shoddy science floating around about the effectiveness of masks in combating the spread of the coronavirus, so we’re not even sure this particular measure even works. Yet people have become militant about wearing masks, to the point of turning in their neighbors to the government if they catch them out and about without them.

It’s sad to see Americans turn on each other. It’s also sad to see politicians taking advantage of this difficult time by using this disease to push their own agendas.

Here’s to hoping this madness comes to an end sooner rather than later.