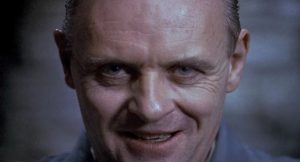 No. Nope. Nuh-uh. Nein. No way. Dear, sweet Jesus Christ above, please let it be fake.

Now, because I hate misleading headlines as much as the rest of you, let me be clear that, at this point, this is not being proposed as public policy anywhere. Not yet, anyway.

Nope, the idea of normalizing the consumption of human flesh, for now, is confined to dark, sinister corners of the world, possibly a few remote indigenous tribes, probably some old writings by Beto O’Rourke, and an international summit discussing, among other things, potential food sources after climate change and overpopulation ravages the earth and she stops bringing forth ribeyes and donuts.

According to The Epoch Times, a panel at the 2019 Gastro Summit considered the topic, “Can you Imagine Eating Human Flesh?”

I don’t have to imagine it; Chris Evans already traumatized me for life in Snowpiercer. I’m all set, thanks.

At the summit, which I’m sure was an edge-of-your-seat adventure, Stockholm School of Economics professor and researcher Magnus Soderlund offered his $.02 that since food sources are diminishing, he says, people should get accustomed to the idea of eating foods that are considered gross or taboo. Like people.

He refers to the taboos against it as “conservative” and discusses people’s resistance to it as a problem that could be overcome, little by little, beginning with persuading people to just taste it. He can be seen in his video presentation and on Swedish channel TV4 saying that since food sources will be scarce in the future, people must be introduced to eating things they have thus far considered disgusting—among them, human flesh.

Easier sells he suggests include pets and insects, but human flesh was the central topic. In Swedish articles describing this new debate, the term “mannisko-kotts branschen” is introduced. This means “the human flesh industry.”

In his bio at the Stockholm School of Economics, Soderlund states that his research focus includes  “consumer behavior,” “marketing stimuli,” “loyalty, emotions, justice perceptions,” “psychological reactions,” and “in a society increasingly obsessed with consumption.”

People can be “tricked,” Soderlund teases, into “making the right decisions.”

“Are we humans too selfish to live sustainably?

“Is cannibalism the solution to food sustainability in the future? Does Generation Z have the answers to our food challenges? Can consumers be tricked into making the right decisions? At GastroSummit, you will get some answers to these questions—and also partake in the latest scientific findings and get to meet the leading experts.”

Soderlund asked his audience to raise their hands if they would ever consider his modest proposal. The Epoch Times reports that only a couple of sick, sick people raised their hands, but he said later that 8% of the audience was willing to consider the idea. When asked if he himself would give human hamburger a try, Soderlund answered, “I feel somewhat hesitant but to not appear overly conservative … I’d have to say … I’d be open to at least tasting it.”
Nope. No, thanks. Nuh-uh. No way.
How exactly would Soderlund propose to develop a “human flesh industry”? Do these maniacs propose some sort of human farming initiative? Will there be an edible class in their futuristic dystopian wasteland? Or will we see a return of the “memorial cannibalism” that allegedly killed so many of the Fore people with a disease that basically turned them into Mr. Hyde?
Who the heck knows.
What I do know, however, is that these psychopaths more than likely will never have the chance to make their disgusting dreams a reality because actual science and statistics demonstrate that food scarcity—like overpopulation and global warming—is a myth.
The Daily Wire reports:

The Malthusian myth of world food scarcity has persisted for centuries; as Scientific American wrote, “In 1798 Thomas Robert Malthus famously predicted that short-term gains in living standards would inevitably be undermined as human population growth outstripped food production, and thereby drive living standards back toward subsistence. We were, he argued, condemned by the tendency of population to grow geometrically while food production would increase only arithmetically.”

In his 1798 “Essay on the Principle of Population,” Malthus wrote:

It is an evident truth that, whatever may be the rate of increase in the means of subsistence, the increase of population must be limited by it, at least after the food has once been divided into the smallest shares that will support life. All the children born, beyond what would be required to keep up the population to this level, must necessarily perish, unless room be made for them by the deaths of grown persons… To act consistently therefore, we should facilitate, instead of foolishly and vainly endeavoring to impede, the operations of nature in producing this mortality; and if we dread the too frequent visitation of the horrid form of famine, we should sedulously encourage the other forms of destruction, which we compel nature to use.

Instead of recommending cleanliness to the poor, we should encourage contrary habits. In our towns we should make the streets narrower, crowd more people into the houses, and court the return of the plague. In the country, we should build our villages near stagnant pools, and particularly encourage settlements in all marshy and unwholesome situations.

As it turns out, however, Malthus clearly didn’t see the industrial revolution coming and, as a result, his conclusions are hilariously wrong.

“Chronic hunger has a range of causes, but global food scarcity is not one of them. According to the World Food Programme, we produce enough to feed the global population of 7 billion people,” The Guardian reported back in 2014. “And the world produces 17% more food per person today than 30 years ago, and the rate of food production has increased faster than the rate of population growth for the past two decades.”

In fact, food waste is a far bigger problem in developed countries than food shortage.

Seriously, do people like Soderlund just not know what Google is or something?

This is why we need our Second Amendment, folks; for when the mentally-diseased climate whackjobs can’t figure out how to catch a damn fish so they try to turn you into a human taco.