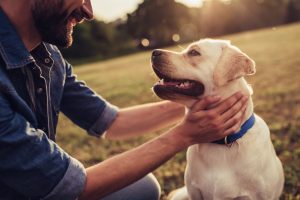 You know, I honestly wonder if social media is distracting a whole generation of people from using their time more wisely.

I don’t just mean procrastinating before writing an important article (which I absolutely, completely, totally never do) or killing time in a waiting room. I seriously suspect that some folks devote sizeable chunks of precious time to useless, fruitless expressions of thought and watching cats jump away from cucumbers that they could devote to literally any life-enriching activity on the planet.

If you take advantage of the many “screen time” monitoring apps available, you might just get a startling idea of how much time is truly wasted on social media instead of learning an instrument, volunteering for a nonprofit, or researching a new career, a new field of education, or a major family shift like becoming a foster parent.

Or, instead, you could forego all of those wonderful things and spend your free time on Twitter posting horse apples like this:

Unpopular opinion: white people love dogs so much because deep down they miss owning slaves. They love the owner and master dynamic, desperate for something to control.

“Unpopular opinion: white people love dogs so much because deep down they miss owning slaves,” wrote Twitter user Danielle Thundercloudemoji in one of the hottest takes this writer has ever seen. “They love the owner and master dynamic, desperate for something to control.”

You guys, this is why we can’t have nice things.

I poked around and have concluded that this is not simply a masterful piece of trollery. Ms. Thundercloudemoji seems to seriously believe that slave-ownership is a recessive gene somehow encoded in white, Anglo-Saxon DNA, and when that gene is activated, it expresses itself in our genteel modern context as dog-ownership.

Now, before you get back to learning to play the didgeridoo or wrapping up your shift at the local food cupboard, take a moment to bask in this selection of brilliant responses to this turd sandwich of an opinion.

First, The Daily Caller’s Jessica Fletcher basically sums up the point of this writing in three words:

Next, this excellent revision of Ms. Thundercloudemoji’s preface:

That's not an "unpopular" opinion.

That's a "so crazy I probably talk to carrots" opinion.

And, her telling response:

For a serious response, see this guy:

Next time there is a disaster, make sure rescue dogs are never used.

Also, remove all guide dogs for the blind.

And remove all dogs that help epileptics.

People take care of dogs, in return they assist us and we share an emotional bond.

Your stupidly is exceptional.

Next, this astute response, which I’m sure someone has already written a book about that is required reading on university campuses:

As an involuntary cat owner, I sincerely appreciate this next one:

Why are you comparing blacks to dogs? That's racist!

And, lastly, the pièce de résistance, because Ms. Thundercloudemoji does state that she is an “equestrian”:

White people own dogs, animals they usually treat like their own children, because they miss slavery. Excuse me while I force this other animal to carry me around and exert itself for my amusement. It’s totally okay.

You know what? I take back everything I just said. Let’s let folks like Ms. Emojithundercloud keep burning through their time on earth with Twitter hot takes. Maybe it will keep them distracted so we can get some real work done around here.