Think Progress Editor Suggests Accosting Republicans in Their Homes. Twitter Republicans Remind Him What a Bad Idea That Would Be. 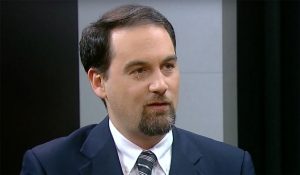 Despite the fact that unhinged progressives are appearing more and more bat-crap cray cray by the day as they call for the public harassment of Republican elected officials, they’ve just been doubling-down with the tactic despite it being likely to result in…anything remotely productive.

In fact, considering Republicans are generally the ones who support and practice the concealed carry of firearms and the use of firearms to defend one’s home…it’s probably a really, really bad idea for leftists.

This is what Ben Shapiro gently reminded far-left Think Progress editor, Ian Millhiser, who tweeted out this week the suggestion that Republicans, who are “complicit in destroying our democracy” (PSSSST it’s a constitutional republic, buddy, maybe the people destroying it are those who don’t even understand our political structure?), ought to be bothered in public and even in their homes.

Yeah, that’s not going to work out so well for ya, Shapiro pointed out:

Because if you confront me where I sleep — in my own home — it's not unlikely you get shot. https://t.co/iPwgwvEGbN

See, in a civilized society, you don't get to come into my own home while I'm sleeping to "confront me." That's not a thing. WTAF.

NRA spokeswoman Dana Loesch, whose home you would most certainly not want to enter without permission, also responded:

This doesn’t sound threatening or creepy at all. https://t.co/RLKu7Qt2Yj

Shapiro and Loesch weren’t the only ones to call Millhiser out on his outrageous assertion:

Of course, the responses were not without some well-deserved mockery for Millhiser’s preposterous and self-destructive suggestion:

Pipsqueak thinks he can get you to harass and stalk Republicans. Ian would never do this himself, of course, because he’s a twitter troll and keyboard warrior. https://t.co/okDayZzvxa

Yup…I don’t think we have much to worry about, folks.