They Are Killing Kids! 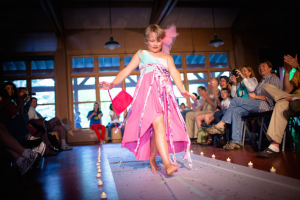 There’s a phrase for what these folks are doing: Child Abuse!

Rainbow Day Camp is a summer camp for transgender and “gender fluid” children that is accepting children as young as four years old, and their enrollment is through the roof. Ridiculous!

At what point do we stand up to the madness and stop this ridiculous parade of misguided, so-called acceptance that is ultimately fostering future depression, disillusionment, and potentially, suicide death. The fact that there a camps dedicated to encouraging a transgender mindset in children as young as 4 years old should shock and disgust us all.

With a suicide rate among transgender individuals at 40% we should be working to help people understand and overcome their mental confusion, not fostering it in a greater way on the next generation. We cannot continue to normalize this behavior in the minds of children.

The American College of Pediatricians recently issued a statement condemning gender reclassification in kids by stating that fostering transgenderism in children amounts to child abuse.

“The American College of Pediatricians urges educators and legislators to reject all policies that condition children to accept as normal a life of chemical and surgical impersonation of the opposite sex. Facts – not ideology – determine reality.”

The statement given by Johns Hopkins Medical School Psychology Professor Paul McHugh, listed several reasons  why gender reclassification can be a killer.

6. Children who use puberty blockers to impersonate the opposite sex will require cross-sex hormones in late adolescence. Cross-sex hormones (testosterone and estrogen) are associated with dangerous health risks including but not limited to high blood pressure, blood clots, stroke and cancer.

7. Rates of suicide are twenty times greater among adults who use cross-sex hormones and undergo sex reassignment surgery, even in Sweden which is among the most LGBQT – affirming countries.

8. Conditioning children into believing a lifetime of chemical and surgical impersonation of the opposite sex is normal and healthful as child abuse.

Imagine a scenario where your child was struggling to know who they are. In fact, there were multiple identities at war within their minds, fighting to express themselves on the outside. They live with a voice in their head telling them that they aren’t who they think they are. They must become another person altogether. They are living with a tortured sense of identity.

In that scenario I’m not describing transgenderism, but rather schizophrenia. Certainly sounded like a trans mind at work though didn’t it? What would you do if you had a child suffering from the multiple identities of schizophrenia? Would you send them to a camp that glorifies their condition or would you do your absolute best to get your child the best possible psychological help available?

This madness has to stop! Read more here http://www.thegatewaypundit.com/2017/08/transgender-summer-camp-offers-programs-children-young-four-years-old/