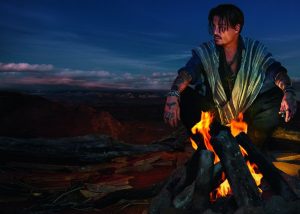 Grab yer pitchforks and yer tomahawks, ladies and gents! We’ve got another celebrity who thinks he can just appreciate Native American history and culture and use it for an ad campaign! The nerve!

All joking aside, we’ve got another case of the woke mob’s fury being kindled against a celebrity who dared to reach out and touch the sacred cow of ethnic gnosticism. This time, it’s Johnny Depp.

According to Fox News, Mr. Depp was hawking $150 bottles of cologne for Dior with a little help from a traditional Native American dancer and Link Wray’s “Rumble” layered over some hand drums among the gorgeous scenery of Utah.

What’s all the fuss about? The cologne is called “Sauvage,” which means exactly what you think it means.

Dior aired the first ad for “Sauvage” early Friday night and, like clockwork, pulled it in less than 24 hours after folks started lobbing their 280-character pitchforks.

The commercial bears the title “We Are the Land,” which is also Depp’s only line of narration aside from the product’s name. The ad shows, according to Dior’s press notes, “the ongoing quest that travels into the heart of vast landscapes of completely virgin nature.”

In the ad, Depp is seen walking in a stream, stacking rocks to mark his path. Elsewhere, a Native American fancy war dancer — Canku One Star, a Rosebud Sioux member — performs atop a cliff, and a young woman (played by Tanaya Beatty, descended from the Da’Naxda’xw Nation in British Columbia) follows Depp from a distance.

Then Depp lifts a Native American blanket to reveal an electric guitar. He plays a famous riff, “Rumble,” by the Shawnee guitar legend Link Wray. (The instrumental introduced the “power chord” when Wray recorded it in 1958; it was reintroduced to audiences in 1995’s “Pulp Fiction.”)

…In an accompanying behind-the-scenes video — three times as long as the commercial itself — Depp says that “everything [in the ad] has some symbolic reference. … It’s almost like you can hear the land.”

Hanley Frost, a member of the Southern Ute Indian Tribe, also speaks on the video: “We’ve always called this home. We have a thing that says, when you go into the old ones’ territory, you ask for forgiveness, and you do a blessing so that you don’t upset the spirits.”

Watch the ad for yourself:

In what appears to be their best efforts at preempting the shock and horror that inevitably follows any white dude having anything to do with non-white culture (especially where a profit is to be made), Dior did their due diligence by filming the ad under the guidance of Native American consultants.

The Salt Lake Tribune adds that Depp and the ad’s director, Jean-Baptiste Mondino, worked with Americans for Indian Opportunity, an advocacy group for Native American people, “in order to respect indigenous cultures, values and heritage,” according to Dior’s press notes.

All the planning in the world wasn’t going to keep brilliantly thought-out opinions like this from being voiced, however:

It looks as though Depp, Dior, and the slew of actual indigenous descendents who worked on the ad forgot to ask forgiveness and “do a blessing” to avoid upsetting the social justice spirits. Insane.