The “Weaponizing” of Emotions 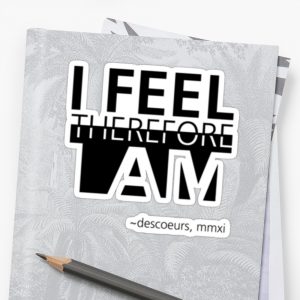 Until recently most important social and civil issues were resolved through free and open discussion using the premise that absolute truth exists. Our founding fathers believed that there was true and false, right and wrong, and good and evil. They believed that by using the laws of logic and reason, the parties with differing views could carry on a civil public debate and come to some consensus as to what was true and would promote the common good of a society. This older paradigm was one that valued civility, respect, open discussion, and the ability to disagree without becoming disagreeable in our disagreements.

However, in our postmodern culture, feelings have largely preempted logic and reason. Postmodern relativism denies the existence of a real world “out there” that we must conform to. There is no God, no transcendent truth or right or wrong, or good and evil. Rather, reality is socially constructed. Without objective, transcendent truth, reason, and logic are undermined, and we are left with feelings and emotions in charge.

“The trend of prioritizing feelings over reason isn’t a new one. It’s been gaining ground for many years. More than one Disney film has trained children to “follow your heart.” Authenticity, or “being true to yourself,” means acting in accordance with strong emotions. The use of the phrase “I feel like” has become pervasive. While emotions are good, they are also very powerful, and can be very dangerous when decoupled from reason. Today, emotions have become “weaponized.” They are used as blunt instruments to exert power and gain control” Scott Allen The Tyranny of Feelings: Yale as a Microcosm for a Troubling Trend: April 20, 2017)

The conquest of the West by the weapons of social media has led to a culture that is dominated by the politically correct, social-media-mobs that rely on the peer pressure dynamics of guilt, shame, and fear to impose their view on all opposition.

The most successful of these groups and social media networks are well-organized and their protests are strategically planned, even though they create the appearance and often leave the impression that they are spontaneous, grassroots developments. These sophisticated, technological savvy organizers seek to overwhelm a targeted people group, or organization and force them to surrender and become either allies of their position or prisoners of the emotional wars party. Spontaneous, emotionally-driven messaging, snapshots, and video tactics stir up mobs of protesters at the snap of the fingers — of which most don’t have a clue what they are protesting about.

The real “weaponizing” of these emotional “Twitter”, “Snapchat, and “Instagram” chain-reaction “feeling bombs” comes when the “social media mobs” force you out of your sheltered position and onto the battlefield of ruinous public opinion. Here you are required to endorse their position on a given issue even if that position is at odds with your own understanding of truth, good, or evil. The implied message is, “Turn or burn, baby!” “Line up behind us or be prepared to line up for the character assignation firing squad. You either publicly endorse how we feel, or you, your business, church, or organization will be our next target.”

Wielding  power through the powerful weapon of emotionally energized mob tactics has become the modus operandi of the politically correct leftist. Rod Dreher wrote on this recently: “American politics has entered a stage where the passions of the mob increasingly rule … because emotional extremism is rewarded.”

Pastor Christopher Asmus asserts: “The overarching sexual ethic of our day is “I feel, therefore I am ________.”

I feel contrary to my biological sex, therefore I am transgender.

I feel I am a Native American, although my birth certificate says white female, therefore, I am Indian (Senator Elizabeth Warren).

I feel strong attractions toward persons of the same sex, therefore I must be homosexual.

I feel love toward this person, even though they are married, therefore love is love and we must let our feelings be our guide.

Asmus continues, “We commonly hear statements like, “You can’t choose whom you love; just be true to yourself.” Or, “Stop hiding your feelings and embrace who you really are.” Such statements mean your sexual desires actually define you. Your desires determine your definition. Your sexual attractions are who you really are at the core of your being.”

Reflecting on this “I feel therefore I am” philosophy in a recent New York Times op-ed, Molly Worthen writes, “Calls for trigger warnings and safe spaces … have eroded students’ inclination to assert or argue. It is safer to merely ‘feel’ … Asserting that others must respond to your hurt feelings and sense of being offended is a way of deflecting [and] avoiding engagement with another person. You cannot disagree.”

If you cannot disagree, dialogue is undermined. Feelings then become blunt instruments of power by defining what is and is not acceptable speech, and by inflicting penalties on violators, including fake news reporting, public defamation, shaming, fines, and even the loss of employment.

In his famous confrontation with aggrieved students at Yale University, Nicholas Christakis asks the students, “Who gets to decide what [speech, language] is offensive? Who decides?” A female student answers: “When it hurts me.” Which being translated means: “My claims of hurt feelings, emotional pain and suffering trump your right to free speech. End of discussion!”

In order to defend and destroy this weapon of feelings that run roughshod over truth, we must seek to speak the truth thoughtfully, timely, tactfully, and with words carefully chosen — even while we create an environment of love for effective communication. If a doctor knows you have a terminal illness and loves you he will not be silent. He will thoughtfully tell you the truth. He will likely take you aside in a private room providing an appropriate environment. Then he will tell you the truth in love and he will love you with the truth.

“…Stop lying and start telling each other the truth” (Ephesians 4:25 CEV).