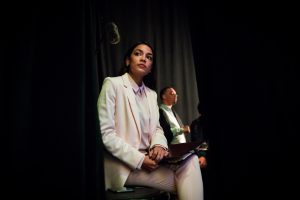 It’s a good thing most of us don’t have an authoritative say in our own pay rates.

I’m fairly certain that nothing would jack up inflation and drive down employment faster than to have the “I get paid by the hour, not by the item” folks directly determine how much their time and effort is worth. In a perfect world, the supply and demand for a particular skill set or product in a free market would determine that, but I digress.

Some of the folks in Congress are the very model of the “I get paid the same whether I work hard or not” mindset, so it’s no wonder that congressional pay raises are a bit of a hot-button issue.

Rep. Alexandria Ocasio-Cortez has made her stance clear as one among the faction in the House who strongly support pay raises for representatives and senators, even if it makes her more unpopular than she already is.

Now, let’s take a minute to scratch deeper than the surface of a freshman congresswoman (who said she couldn’t afford an apartment in DC before her first paycheck) and the seemingly self-serving nature of voting for one’s own pay raise.

According to Fox News, AOC acknowledges that a pay raise “may not be politically popular to say but, honestly, this is why there’s so much pressure to turn to lobbying firms and to cash in on member service after people leave because precisely of this issue.”

At face value, this is a consistent move after her surprising plan to cooperate with conservative Senator Ted Cruz and a slew of other Dems and Republicans in Congress to put an end to the revolving door from public service to lucrative lobbying gigs.

In case you missed it, AOC agreed to work with Cruz and Co. on the condition that the result would be a “clean” ban on lobbying:

.@tedcruz if you’re serious about a clean bill, then I’m down.

If we can agree on a bill with no partisan snuck-in clauses, no poison pills, etc – just a straight, clean ban on members of Congress becoming paid lobbyists – then I’ll co-lead the bill with you. https://t.co/AZTbmdSexv

But, pardon me, what does a congressional pay raise have to do with this? If the bipartisan quorum formed by Cruz and Ocasio-Cortez is able to draft a “clean” bill to ban lobbying, exactly why would they need to raise congressional salaries in the first place?

Sure, a spoonful of sugar helps the medicine go down, but this seems to be the very definition of the “snuck-in clauses” AOC made in her apparent assumptions of bad faith in Ted Cruz at the start.

And, of course, any opponents to the self-serving raise are branded as contrarian troublemakers who are simply doing it for funsies.

“You can you can vote against pay increases all you want,” Ocasio-Cortez said, “it’ll look good on its surface.”

If Ocasio-Cortez can’t think of a way to halt lobbying without making a trip to the ol’ socialist money tree, she’s going to need Cruz’ help worse than I thought.