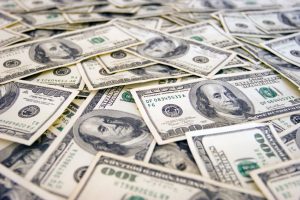 Welcome to the Airport of your Choice – Anywhere, U.S.A.  If you’re old enough, you remember a time when these things looked very different.  Used to be – in the Golden Age of Flying – you could show up to the airport with a machine gun in one hand and a martini in the other, raise your glass to the flight attendants on your way to your seat, and truly enjoy your flight.  Both life and airfare were simpler and cheaper.

In the turbulent wake of 9/11, though, things changed almost overnight.  Airports became segregated little micro-nations where, in order to cross from one fiefdom into the next, you were apt to run up against a little man with a monocle and a thick German accent saying, “Papers, please”.  A virtual Berlin Wall of metal detectors, X-Ray machines, and extremely cheerful authoritarian glove-wearers with a penchant for buggery in the name of security – all of this arose and became the new norm.  People complained about it – and still complain to this day – but pretty much everybody eventually accepted it.  And here we are today, almost two decades later, and it remains the same.  Walking into an American airport truly is like walking into another world.

And, as it turns out, a very expensive one…

According to a recent report by the Pittsburgh Tribune-Review, people traveling through airports and passing through their security checkpoints lost roughly $900,000.00 last year alone.  Let that sink in for a moment.  You know the drill: you take your shoes and your belt off, you empty your pockets, and you throw everything into a pair of gray plastic bins that look like they just came from the dishwasher line in a school cafeteria.  Then you push them through on the little conveyor belt toward the X-Ray machine, desperately trying to keep your eyes on all of your belongings as you yourself are wanded and blown on and – if it’s your birthday or something – taken into a separate room for a little strip show (of which you’re the star!)  And somewhere in there, during that process, you happen to lose sight of that four grand you’ve got rolled up in a thick rubber band – you know, because you thought you’d be cool and carry cash around like a drug dealer or something.  And once you’ve lost sight of it…it’s gone, my friend.

Maybe it sounds silly, but how would you explain it?  We’re talking about one of the most secure places in the world, and people are losing money to the tune of nearly a million dollars a year?  Look, even if you have a beard, a good tan, and a tee shirt that says “Let’s Do Butt Stuff”, the very first thing you’re going to do when you’re out of their little office and done crying is make sure that whatever cash you brought with you is secure, right?  And if you don’t get pulled out of line, how much less of an excuse do you have for leaving money – your hard-earned cash! – in a bin while you go on about your merry way?  The fact that five minutes after you cross over from Suspectia to Airportistan you’re having to shell out ten bucks for the same can of Coke that you were forced to pour out thirty feet away on the other side of the wall – that fact alone should ensure that you remain constantly aware of where all your money is.  After all, you might have to take out a second mortgage should you decide you also need to eat lunch.

Ostensibly, travelers have the option to go to the Airport Security Lost and Found, but my guess is that they know most people won’t, and for several reasons.  First of all, if you’re paying little enough attention to your money that you’ve managed to leave it alone in a bin after grabbing all of your other stuff, you’re probably not going to pause from licking the airport windows long enough to take stock of your situation and head back to the checkpoint.  Secondly – if you’re like me – once you’ve made it through the very last thing you want to do is go back and risk those blue-gloved folk deciding that you weren’t supposed to get through after all.  Finally – again, if you’re like me – once you’ve waited for three months in line and gone through all the security rigmarole, your plane is already firing up its engines, and you’ve got to run just to maybe make it before they leave you.

So, my thought on all of this: TSA Side Hustle?  If so, I guess the silver lining would be that maybe those people will finally cheer up a little?