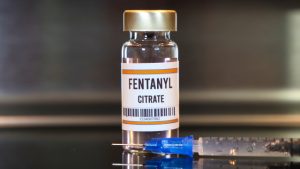 As the border crisis under President Joe Biden’s administration continues to spiral out of control, drug trafficking criminals have recognized this situation as a golden opportunity to bring narcotics into the United Sates.

According to U.S. Customs and Border Protection, “officers working at the El Paso area ports of entry intercepted 714 pounds of methamphetamine, 105 pounds of fentanyl, 32 pounds of heroin, and 660 pounds of marijuana since the beginning of December.”

Officials report that most of the fentanyl came over a period of two days:

On Dec. 10, CBP Officers working at the Paso Del Norte Border Crossing discovered more than 24 pounds of heroin concealed in the quarter panels of a SUV, driven by a 44-year-old male, Lawful Permanent Resident from Oklahoma. The following day, CBP Officers selected a Ford F-150 driven by a 38-year-old female, U.S citizen, for inspection. The inspection led to the discovery of more than 73 pounds of fentanyl.

Earlier in the week last week, “CBP officers working at the Santa Teresa Cargo facility intercepted 524 pounds of methamphetamine and more than 2 pounds of fentanyl. A Non-Intrusive inspection revealed inconsistencies in the roof of a Kenworth tractor-trailer where CBP Officers discovered the narcotics.”

This report comes hot on the heels of another put out by the Daily Wire that noted more than 100,000 people died of drug overdoses during the one-year period that ended in April of 20211.

More and more people are dying from this drug, which is being brought into this country through the southern border, while President Biden and his administration continue to do nothing.

This is not leadership, folks.