The Latest Feminist Outrage: “Likability” In Politics Is Sexist, Was Invented By Men 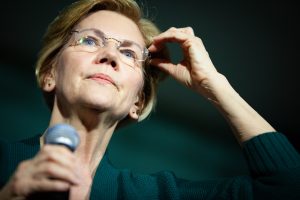 Even in today’s modern, hypersensitive culture, sexism still crops up here and there. For sure. As long as we maintain the biological, factual differences between the two genders (who knows how long that’ll hold out) there will always be an element of preferential treatment for one over the other in certain situations. That’s life, y’all.

However, the antics of the outrage mob make it increasingly difficult to take legitimate complaints of more problematic instances of sexism seriously.

The more the ultra-woke screech about every single “microaggression”, the less inclined any serious folks are to take them, well, seriously.

In case any of y’all still lend the New York Times any credence, a recent op-ed by history professor Claire Bond Potter is sure to put a quick stop to that.

In the piece, titled Men Invented ‘Likability.’ Guess Who Benefits, Potter cobbles together a revisionist narrative in which the very concept of being likable is an artificial social construct created by men for their own benefit. And likability is now being weaponized to muscle women out of the presidency.

I assure you, I did not make up a word of that zany description. See for yourselves.

Likability: It is nebulous, arbitrary and meaningless, yet inescapable — and female politicians seem to be particularly burdened with it even when they win and especially when they run for president.

Likability is meaningless? I mean, sure, when you’re in the hospital, you want the doctor best qualified to treat you, but let’s not pretend bedside manner isn’t important.

This is especially rich coming from the folks who despised our president from the get-go for caring more about getting the job done than his own likability. Potter comments on exactly this phenomenon, but, predictably, without an ounce of consistency:

That Hillary Clinton lost the nomination in 2008 seemed for some illustrative of the troubled relationship between gender and likability in politics. But then she lost in 2016. That voters could see Donald Trump’s rambling and bullying as authenticity seemed proof for many that the likability game was permanently rigged in favor of men.

So, when a female candidate for office loses a race, public disdain for their gender is the obvious reason why, and pragmatism in choosing a less-than-likable candidate for his policies over his personality is actually a manifestation of sexism. Gotcha.

Funny how Porter only complains about the scourge of likability in pining for the lost Clinton presidency and the floundering female candidates in the 2020 Democratic race and not, say, the failed campaigns of the Green Party’s Jill Stein or the GOP’s Michelle Bachmann.

Whether it’s because of their lack of likability or not (it isn’t), I’m glad to see the ladies of the 2020 Democratic party doing so abysmally, but it’s not because they’re female. It’s because their policies are insane.