The DNC Is Still Flat Broke While The RNC Is Swimming In Cash—Are We Surprised? 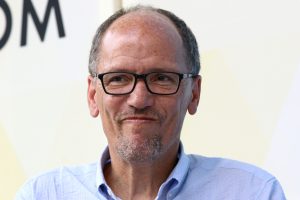 There is one aspect of the 2020 Dem sideshow that seems to be kept a little more quiet than others these days.

Not only is the Democratic National Convention morally and ethically bankrupt, they’re rapidly heading toward literal bankruptcy as well.

The latest data from the Federal Election Commission is out and it paints a bleak, though accurate, picture of the DNC’s future. The Michael Ahrens, the Communications Director for the Republican Party, broke the news on Twitter:

Accounting for debt, @GOPChairwoman has 25 TIMES more money in the bank than Tom Perez.

(And only one side has to go through a long, resource-draining primary.)

If that doesn’t convey a clear message of one party’s fitness to run a country over the other’s, I don’t know what will.

Have they tried calling George Clooney?

I mean, it’s almost as if being the Party of Taxing The Rich To Give Everyone Free Stuff sets them up for having millions of ideological supporters and not a whole lot of financial supporters. Just a theory.

So, naturally, when they’re butt-deep in debt, they’ve got an obscenely expensive primary with 23432591 candidates coming up, and the donors just aren’t there, the Dems get desperate and flash the Bat Signal:

With the primary ahead of us, it’s even more critical that the @DNC is in as strong a position possible for our eventual nominee to take back the White House. That’s why we launched the Democratic Unity Fund. https://t.co/Fms8ROp9ne https://t.co/DiNahtT5nm

“I’m excited that the DNC asked me to announce a bold new effort: The Democratic Unity Fund. Launching today, the fund will be dedicated to electing our party’s eventual presidential nominee and winning up and down the ballot in 2020,” Barack Obama said in an internal DNC email.
“The Democratic Unity Fund is a promise that whoever earns our nomination, he or she will have a strong, united, and well-organized DNC ready to spring into action the moment the general election starts — a DNC that’s ready to lift us all to victory in November,” he added.

DNC Chairman Tom Perez forwarded the plea to Twitter followers in hopes of securing general election funding after the primary bleeds them dry. Unsurprisingly, it got ugly as a gaggle of disgruntled liberals began cannibalizing Perez over an assortment of issues:

When you come up with some sort of coherent message, I will be more than happy to give. In the meantime, nada

Very fair point, if you ask me. The only coherent message to come out of the DNC is “Orange Man Bad,” not a terribly inspiring one.

I'll just keep giving money to @BernieSanders , thanks. I'm disabled and on a fixed income so I can't afford much, but I'll give him every penny I can.

Why not just cut out the middle man and throw your money in the trash? Or, alternatively:

Eesh. What’s that about unity, again? Actually, Grandpa Bernie is quite the hot topic among divided Dems:

The end of the Democratic Party? Don’t tempt us with a good time.