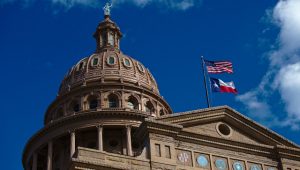 The Texas Senate scored a big victory on Thursday as they voted in favor of passing a GOP-supported voting reform bill despite having roadblocks tossed in their way by Democratic lawmakers who definitely do not want to see measures taken to preserve our election system.

The legislation, known as Senate Bill 1, passed by a vote of 18-11. The bill proposes getting rid of drive-thru voting, putting a much more comprehensive set of voter identification requirements in place for mail-in voting, prohibiting officials from being able to send out voting applications to individuals who did not request one, and more.

The vote was preceded by a 15-hour filibuster effort from Sen. Carol Alvarado, who stood and spoke before the chamber without sitting down or using the bathroom for the duration of her attempt to stonewall the proposal. Alvarado, who acknowledged that her theatrics would likely have no effect on the bill’s inevitable passage in a Republican-majority legislative body, lashed out against many of the legislation’s components.

“What’s wrong with drive-thru voting during a pandemic? What’s wrong with 24-hour voting? Why can’t we have expanded voting hours for the people who have to work late? Where is all the so-called fraud?” she stated. “Where does it end?

SB 1 previously cleared the Senate in a party-line vote in July, though since then, Gov. Greg Abbott commissioned a separate special session after nearly 60 House Democrats fled the state’s Capitol and boarded private planes to Washington, D.C., in a bid to strip the chamber of its necessary two-thirds quorum to do business. The absent lawmakers have been vocal in their opposition to SB 1 and House Bill 3, another piece of legislation pertaining to GOP voting demands.

The lawmakers have been gone for nearly one month, and few have returned to Austin for either of Abbott’s special sessions.

On Tuesday of this week, Texas House Speaker Dade Phelan gave his approval for 52 civil arrest warrants, which empower state authorities to place the members who fled from the state in custody and bring them back to the state’s capitol, Austin.

The Texas Supreme Court shot down a restraining order earlier this that would have banned Gov. Abbott and other lawmakers from being able to arrest these Democrats and bring them in, which opened up a path for Phelan to take action.

“Democrats have insisted that no taxpayer funds are being used in the trip, but their Republican counterparts have posited that upward of $1 million will be paid by residents due to the prolonging of a special session. Phelan has since requested the Democrats return their $221 per day wages, which are granted during special sessions, if they’re outside of the Lone Star State,” the report stated.

Let’s not forget the fact that six of these individuals who took off were actually infected with COVID at the time too. None of them were wearing masks on the plane either. Just throwing that out there.