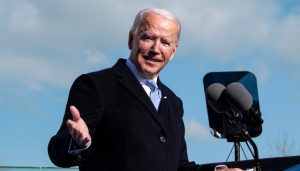 A Democratic judge from the Lone Star State (that’s Texas for those who haven’t had their morning coffee), took some time on Thursday to slap the Biden administration around, stating that the president himself is to blame for the mess that is still going on at the southern border.

“What has he done?” Webb County Judge Tano Tijerina went on to ask. “I invited President Biden to come down to the border.”

Tijerina went on to point out that there are tens of thousands of immigrants flooding to the border over the course of the last several days.

“The Haitians are causing great havoc. You know, they’re not, they’re not incredibly the best,” he noted. “So we got ourselves in a situation.”

The costs imposed by the border crisis, financially and otherwise, are slamming communities in the area, Tijerina said , adding that the media is focusing on only a select few incidents that misrepresent the situation.

“But there’s 1,000 pictures of everything else that’s going on, that’s basically falling through the cracks,” he stated. “And yet, nothing’s been mentioned.”

Tano Tijerina on US border: “Biden has fomented this, and now, he’s alienated us.” pic.twitter.com/ORRNzAvmHy

The president has gone back on his claim that the health of the nation and its people is a high priority, Tijerina said.

He then pointed out that it doesn’t matter what Biden did during his time in the Senate, nor what his prior record says. What matters is what he does today.

“Today, he has an opportunity to show the world what he is and who he is,” Tijerina said. “And unfortunately, he hasn’t done that.”