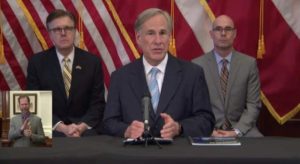 The Texas National Guard stated on Monday that Gov. Greg Abbott was mobilizing 1,000 troops to five of the state’s biggest cities ahead of the presidential election to help deal with any possible outbreaks of unrest that could occur after the results are reported.

The five cities include Dallas, Houston, Fort Worth, Austin, and San Antonio.

The possibility that some of the troops might be sent to polling locations in those areas as soon as this weekend prompted Democrats to speculate about voter suppression and intimidation. While Texas has traditionally been a Republican bulwark, Democrats believe the state may be flippable this year and are fighting to unseat Sen. John Cornyn and retake control of the upper chamber of Congress.

Abbott’s office didn’t immediately respond to a request for comment from Fox News.

The Texas National Guard commander’s chief of staff, however, told the San Antonio Express-News that the deployment would be used only to “deter any civil disturbance at sites in various cities within Texas.”

The protection of polling stations is not currently a mission request according to Maj. Gen. James K. “Red” Brown.

It’s totally understandable, given the current powder keg that is the political climate in America right now, for Abbott to call on the National Guard. There’s little doubt things are going to explode if Trump wins handily on November 3rd as many predict.

Here’s to hoping all goes well and is peaceful, no matter what the outcome of the election.