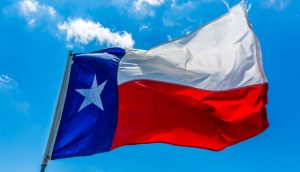 Texas Attorney General Ken Paxton announced Thursday morning that the state had filed a lawsuit against the states of Georgia, Michigan, Pennsylvania, and Wisconsin, at the U.S. Supreme Court.

The lawsuit alleges that these states exploited “the COVID-19 pandemic to justify ignoring federal and state election laws and unlawfully enacting last-minute changes, thus skewing the results of the 2020 General Election.”

“Trust in the integrity of our election processes is sacrosanct and binds our citizenry and the States in this Union together,” Paxton said in a statement. “Georgia, Michigan, Pennsylvania and Wisconsin destroyed that trust and compromised the security and integrity of the 2020 election. The states violated statutes enacted by their duly elected legislatures, thereby violating the Constitution. By ignoring both state and federal law, these states have not only tainted the integrity of their own citizens’ vote, but of Texas and every other state that held lawful elections,” said Attorney General Paxton. “Their failure to abide by the rule of law casts a dark shadow of doubt over the outcome of the entire election. We now ask that the Supreme Court step in to correct this egregious error.”

There are still folks out there willing to fight to defend the integrity of our election system. While it might seem that the fight is not going well at the moment, we must not get discouraged and give up.

So much is at stake in the battle over free and fair elections. If we lose this battle, it doesn’t just mean a Biden administration. It means the end of the our republic.

We are a nation built on the idea that the true power belongs to the people, not the government. The vast majority of that power is exercised in the free election of leaders to represent us and our values.

If we lose that, we lose it all.