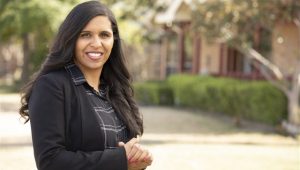 The GOP has yet another reason to celebrate today, as they will hold onto another seat in the U.S. House seat in Texas for the next Congress as Democratic candidate Candace Valenzuela has conceded the race.

Folks, all those media pundits on the left who prophesied that we’d have a “blue wave” and that America wanted these kind of radical progressive policies are no doubt extremely displeased with this turn of events.

“Now that nearly all the votes have been counted and there is no longer a path, we are conceding. I want to congratulate Beth Van Duyne on her victory,” Ms. Valenzuela said in a statement. “Even though we didn’t win this race, we’ve forced the gatekeepers of the political process to reimagine who belongs at the table.”

Ms. Van Duyne, the Republican candidate, is leading with 48.8% of the vote to Ms. Valenzuela’s 47.5%, according to the Associated Press. The AP has not officially called the race.

Texas’s 24th Congressional District is currently represented by retiring Republican Rep. Kenny Marchant, and was an early mark for Democrats looking to flip GOP seats as part of a rising “blue wave” continuing from their 2018 midterm gains.

If we continue to pull out some victories in Senate races, and if Trump’s litigation fails to secure him a second term, we can at least take comfort in knowing that Joe Biden won’t be able to accomplish much in Congress. And there’s the comfort of knowing most Americans still reject socialism. A true sigh of relief on that one.

However, the presidential race still isn’t over. Much could change depending on investigations and the outcome of these lawsuits. Here’s to hoping for four more years of Donald Trump.