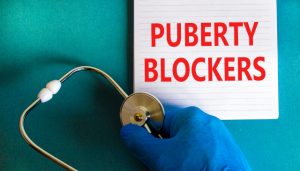 Texas Attorney General Ken Paxton announced Monday that he would be launching an investigation into two pharmaceutical companies for promoting puberty-blocking drugs to minors for gender transitions.

According to a report from the Washington Examiner, the probe is going to be taking a look at whether or not Endo Pharmaceuticals, along with AbbVie Inc. are in violation of the Texas Deceptive Trade Practices Act by creating advertising and puberty-blocking medications to children who are underage for the purpose of gender transitions, which is a use for these drugs that has not yet been approved by the Food and Drug Administration.

The two companies provide puberty-blocking drugs that are approved for use in children with precocious puberty, a condition in which a child starts exhibiting signs of puberty prematurely.

Puberty-blocking drugs have increasingly been used in children who claim a different gender identity than their biological sex. The practice has been criticized as a harmful and irreversible treatment.

But the drug companies, Paxton’s office said in a press release, are promoting puberty-blocking drugs to parents and children as a treatment for gender dysphoria “without disclosing the potential risks.”

“The manufacture, sale, prescription, and use of puberty blockers on young teens and minors is dangerous and reckless,” Paxton went on to say in a press release. “These drugs were approved for very different purposes and can have detrimental and even irreversible side effects. I will not allow pharmaceutical companies to take advantage of Texas children.”

Folks, this is just sickening. Kids are not allowed to be kids anymore. They are political pawns now in a war of ideas where the heart of our liberty is at risk of being torn to shreds by crazed liberals who think they can create government-controlled utopia.

Kids should be taught how to be comfortable in their own skin, to appreciate who they are, not that they need to be something else.