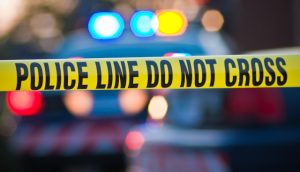 According to a report from The Daily Wire, a group of teenagers physically assaulted a 67-year-old man, one of whom possessed a hammer, after a confrontation at a bus top in Brooklyn.

The incident happened as the city continues to see a spike in crime.

Footage of the incident on the B6 bus in East Flatbush obtained by The Post shows one of the group yelling at the older man as a woman tries to keep them separated.

“Get off the bus!” the woman tells them repeatedly in the video. The older man begins to walk away before turning back and walking toward the door.

One of the kids then throws something at the man, who darts off the bus only to find himself facing off with one of the teens, who pulls out a hammer. The man is soon surrounded by the group, who all start taking swings at him, including the boy with the hammer.

“You’re gonna kill him!” one woman on the bus screams, as others can be heard crying in the background. The clip cuts off right as one of the assailants moves to kick the senior citizen from behind as he reels on the ground.

A spokeswoman who works for the NYPD told the news outlet that the suspects are still unknown and at large. The victim in the incident ended up receiving a cut on the head from the hammer.

“As The Daily Wire previously reported, New York City is seeing a sustained increase in violent crime. Monthly felony assaults in the city have risen year-over-year by 15%, while murder has increased by 42% over the past two years,” The Daily Wire reported.

Just last month in New York City, a man who was released on bail for possessing an illegal firearm and was on parole for a prior gun conviction randomly approached a 13-year-old boy and then shot him in the neck.

And there have been other such incidents in the city as well.

However, it seems the leadership of NYC would rather waste time checking people to see if they have their vaccination records and arresting protesters who refuse to be vaccinated than handle the real issues happening all around them.