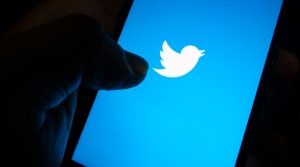 Sen. Ted Cruz lit into Twitter CEO Jack Dorsey during a hearing with various heads of social media companies on Wednesday, accusing him and his platform of censoring the New York Post story about Hunter Biden and his recently recovered laptop.

Cruz, at one point, asked Dorsey, “Who the hell elected you?”

Dorsey said this was due to a policy regarding hacked materials, because the stories were based on emails from Hunter Biden’s purported laptop. Cruz noted that a New York Times article about President Trump’s tax returns did not face the same treatment, even though the materials appeared to be leaked illegally.

“Mr. Dorsey, who the hell elected you and put you in charge of what the media are allowed to report and what the American people are allowed to hear, and why do you persist in behaving as a Democratic super PAC silencing views to the contrary of your political beliefs?” Cruz asked.

Dorsey claimed that this was not the case. He also denied that Twitter has the ability to influence elections, a claim that Cruz derided as “absurd.”

“People have choice of other communication channels,” Dorsey responded.

“Not if they don’t hear information,” Cruz said. “If you don’t think you have the power to influence elections, why do you block anything?”

The Twitter CEO went on to say that his policies are “making sure more that voices on the platform are possible,” which he seems to think is accomplished by trying to silence abuse and harassment. However, Dorsey did admit that the policy that led to the Post story being censored was “flawed” and that other users shouldn’t have been blocked from sharing the link to the report. He said that individual users could now share the link.

However, Cruz later tweeted that wasn’t the case.

What @jack told the Senate, under oath, is false. I just tried to tweet the @nypost story alleging Biden’s CCP corruption.