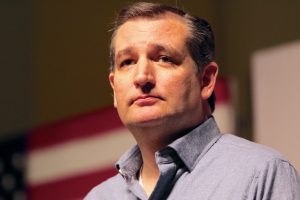 We’re about to the point where most Americans would trust gas station sushi before trusting a single politically-related word out of The New York Times.

Up until now, folks with at least two neurons to rub together operated on distrust derived from overtly slanted reporting out of the “The Gray Lady” (as well as some hilarious blunders from its anti-Trump writers).

Now, if reports are to be believed, we’ve got the tippy-top brass over at NYT actually planning how they’ll manage to keep news they know is fake churning out in the post-Mueller Report era.

According to Slate, NYT executive editor Dean Baquet held a full newsroom meeting last Monday to quell the hissy fit over a recent headline that lefties thought was too Trump-friendly.

Transcripts of the meeting, which were leaked to Slate, revealed that NYT would take a break from the Russian collusion hoax to spend some quality time with a more nebulous and malleable narrative: the president’s alleged racism.

“Chapter 1 of the story of Donald Trump, not only for our newsroom but, frankly, for our readers, was: Did Donald Trump have untoward relationships with the Russians, and was there obstruction of justice?” Baquet said.

But, after the Mueller investigation failed to turn up any collusion dirt on Trump, the squawking leftist media banking on it had to adapt. “The story changed,” Baquet said, which forced the Times to “regroup, and shift resources and emphasis to take on a different story.”

“I think that we’ve got to change. I mean, the vision for coverage for the next two years is what I talked about earlier: How do we cover a guy who makes these kinds of remarks? How do we cover the world’s reaction to him? How do we do that while continuing to cover his policies? How do we cover America, that’s become so divided by Donald Trump?” Baquet explained.

If you take the time to read the full transcript, and boy howdy do I think you should, it gets a whole lot more damning. Like, for instance, this NYT staffer asking Baquet how to handle reporting on literally everything, everywhere being racist:

Hello, I have another question about racism. I’m wondering to what extent you think that the fact of racism and white supremacy being sort of the foundation of this country should play into our reporting. Just because it feels to me like it should be a starting point, you know? Like these conversations about what is racist, what isn’t racist. I just feel like racism is in everything. It should be considered in our science reporting, in our culture reporting, in our national reporting. And so, to me, it’s less about the individual instances of racism, and sort of how we’re thinking about racism and white supremacy as the foundation of all of the systems in the country.

Of all the news outlets and influences tackling this story over the weekend, few nailed the problems quite so powerfully as our buddy Ted Cruz. Enjoy:

There was a time when journalists covered “news.” The NYT has given up on even pretending anymore. Today, they are Pravda, a propaganda outlet by liberals, for liberals. These remarks at their “town hall” are a scandal & would be a firing offense at any real journalistic outlet. https://t.co/3xZiABaBYv

If you care about journalism, or the First Amendt, READ the transcript. The Editor says (in effect) “for 2 yrs, we covered ‘Russia, Russia, Russia,’ facts be damned; now we’ll scream ‘racism, racism, racism’ for 18 mos, and the rest of the media follow us.” That’s not journalism. https://t.co/TPkpB0DjNj

The NYT is destroying itself w/ Trump hatred. And it’s ultimately bad for freedom of the press when “journalists” openly revel in being partisan propagandists. When our Nation is so tribalised that each side has their own “news” & “facts” and we don’t even talk to each other. https://t.co/pH2GIcEAYg

It’s also deeply cynical—at a time when racial tensions are raw, for the NYT to be deliberately stoking the fires of racial tension & hatred. Ironically, their approach is the obverse of their original headline (before they succumbed to the mob): “NYT Urges Racism Vs Unity.” https://t.co/Pyuzdhd1PP

I know I’m preaching to the choir here, but if the NYT has the ability to have so many mindless leftist lemmings on staff, that means there must still be a sizable chunk of the American population who considers them credible and buys their paper. Maybe, just maybe, that’ll start to change now.