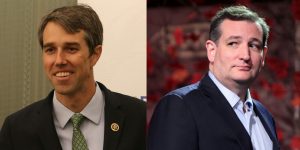 What? Beto O’Rourke is still kickin’ around? He hasn’t retreated to his family’s basement to brush up on Español and write creepy short stories?

No such luck, the presidential hopeful and failed Senate candidate is still out there spewing unintelligible nonsense and spitting on the country that has afforded him, and the “oppressed” he claims to fight for, so many opportunities.

As Red State reported on Wednesday, O’Rourke made his wildest speech to date. In case you missed it, this is what O’Rourke told the audience, made up primarily of refugees and immigrants, according to The Hill:

During a roundtable event hosted by a local organization that works with immigrants, the presidential candidate pointed to his home state’s history in the Confederacy while arguing that the legacy of racism persists in U.S. institutions.

“I know this from my home state, Texas, places that formed the Confederacy, that this country was founded on white supremacy,” he said, according to the Tennessean. “And every single institution and structure that we have in this country still reflects the legacy of slavery and segregation and Jim Crow and suppression, even in our democracy.”

He made the remarks in response to a question about how he would tackle white supremacy if elected president.

Thankfully, heroes never sleep. When there’s a leftist with a massive following spouting lies rooted in leftist revisionism, Sen. Ted Cruz is there ready to drop a history lesson bomb:

Why does the hard Left traffic in anti-American hate? Here’s what our Nation was founded on: “We hold these truths to be self-evident, that all men are created equal….” 1/2 https://t.co/G5P8nl7vcY

2/2 “…that they are endowed by their Creator w/ certain unalienable Rights, that among these are Life, Liberty & the pursuit of Happiness.” Of course, it took a Civil War & heroes like Frederick Douglass & Dr. King to continue the journey, but our Founding was based in freedom. https://t.co/cS1MYGJZDb

Nailed it. Revisionist history props up the victim mentality which, in turn, buys votes for leftist white knights like Beto.

Stacey Matthews over at Legal Insurrection has got Beto pegged as well:

What’s become increasingly popular over the years in elite Democratic circles is the notion that to be considered sufficiently woke, you must believe that America and its foundations are fundamentally flawed. You also must have the unwavering desire to change them fundamentally.

The key to that message being successful for Democrats is in framing it in such a way as to make voters believe that big government’s encroachment into their lives and wallets is the way things should have always been from the start. This is one reason why Barack Obama was elected.

Beto is grasping at the “wokest” straws he possibly can to stay relevant in the presidential race. This is a pretty clear indicator of desperation, and his polling stats confirm that.

Do you hear that, Beto? Your basement is calling.